So there I am, in my office, when suddenly I hear this godawful loud “BANG!” and the entire building shakes. It feels like the building’s been hit by a lightning bolt or a bomb’s gone off or something. I stick my head out the door, look around, don’t see anything, and go back to work.

Ten minutes later, i hear noise outside, I stick my head out the door again, and see this:

Now, the building has had termite problems for about five years or so. The owner knows this, but hasn’t done anything about it because he’s been trying to sell the building for that entire length of time. In fact, he has a potential buyer coming in next week to look at it.

Well, the termites have had their way to the point where the building’s structural integrity has been compromised. The “BANG!” was one corner of the upper floor collapsing: 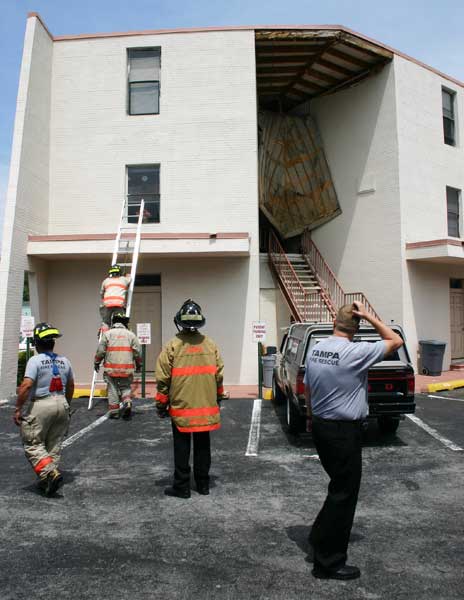 The building is zoned for mixed use–the bottom floors are office space, the upper floors are apartments. The rescue workers were afraid that someone might still be in the top-floor apartments, and that the entire top floor might collapse. They brought in a “heavy rescue vehicle,” whatever that is: 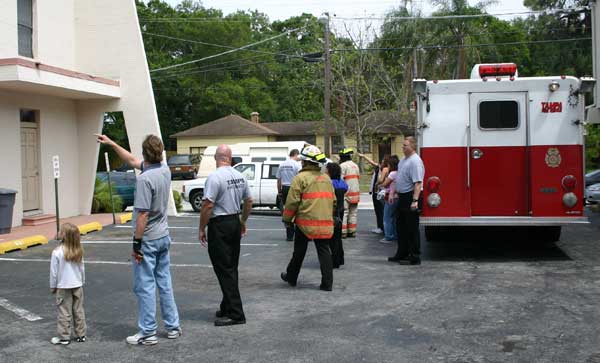 and the hook and ladder: 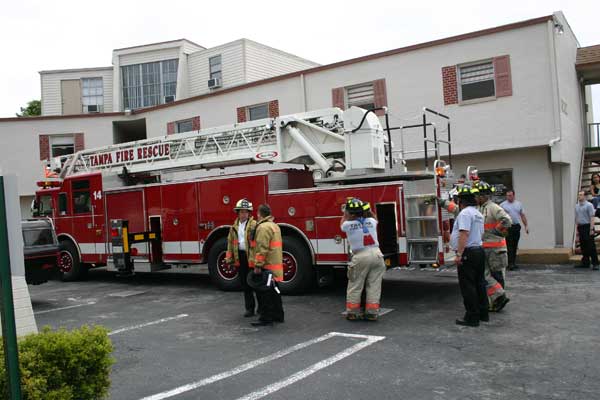 They eventually decided that nobody was home, and got bored and went away.

16 thoughts on “It happened last Thursday…”