…and rapidly running out of time. Working like crazy trying to get everything set up, but I don’t even know if the computer-controlled, auto-targeting smart gun will be finished in two weeks, and without it, keeping order is going to be much more difficult…

Many pictures of the preparations to date are behind this cut 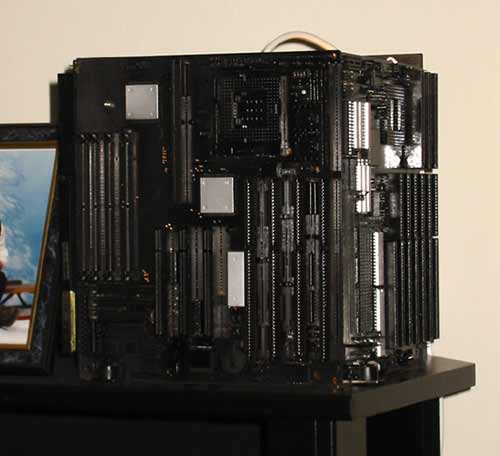 The Borg Lamp. Made from old motherboards spray-painted black. A common theme in the decorations. 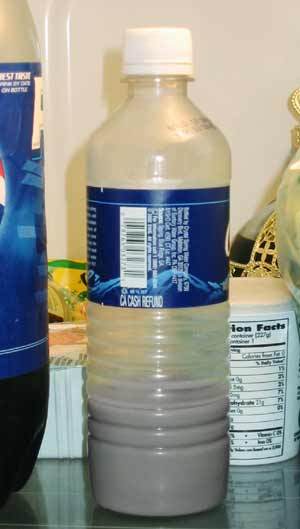 The last of the first batch of Gray Goo. Don’t worry, there’ll be plenty more! Many of the test subjects who tried this first experimental mixture survived with minimal symptoms, so the recipe is a success…

My first computer, which I got in 1977–a TRS-80 Model I. This one has been modded sixteen ways from Sunday, and its own mother wouldn’t even recognize it. You’ll notice a small LED has been mounted just below the main power LED. The machine came with a 1.77MHz processor; I overclocked it to 2.44MHz, then overclocked it again to 4.77MHz. The bottom LED is off when it’s running at 1.77 MHz, yellow at 2.44, and red at 4.77. When it’s running at 4.77 MHz, I had to keep it in an ice bath.It’ll be up and running at the party. 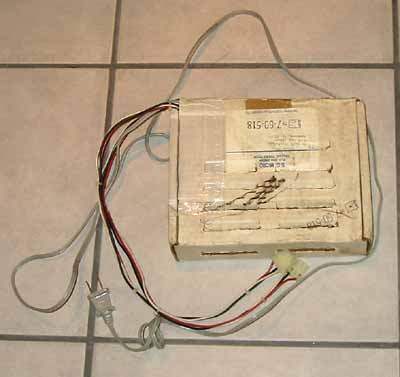 I found this while I was digging my Model I out of the closet. I have one thing to ask about this: What in the name of GOD was I thinking???!!

When I was about 14, I designed and built an expansion chassis for the Model I. This is the power supply I used to make it go. The astute observer will notice several things about it, such as: It has an ungrounded power cord, and yes, it’s in a cardboard box.

Yes, there is 120 volts in there. Stick your fingers in the box and you’re a crispy critter. And yes, cardboard burns when it gets hot. Clearly, I was thinking about heat, because I cut ventilation slots in the cardboard, but if the power supply overheats…well, the case is made of cardboard.

And just for your amusement, a picture of myself and ladytabitha. That’s a Guinness in her hand, and a book on cryptography in mine:

4 thoughts on “Getting ready for the party…”