The sharp stick has been there for my entire adult life. It’s a particularly direct and acute manifestation of the Void; I am constantly aware, every day of my life, that just as I had a beginning, I will have an end, and that the things which I create are the only things which will reflect who I am as a person in the future.

I’ve been fortunate enough in my life to be surrounded by people who have the same sharp stick, the same compulsion to create. The creative urge is not a comfortable one; a person creates not because he chooses to create, but because he must, or the sharp stick will torture him and eventually destroy him.

Shelly and Kelly and I have begun working on a manifestation of that compulsion to create. 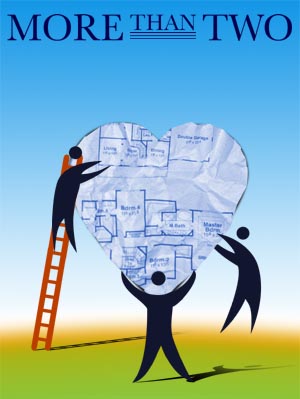 It’s a book on polyamory–a unique book, in my experience. It’s intended as a no-nonsense, practical, hand-on introduction of ethical, loving non-monogamy for a mainstream audience, not an audience that’s already polyamorous. And unlike all the books on the subject I’ve seen so far, it attempts to explain not just the hows of an ethical non-monogamous relationship, but also why someone would want to in the first place.

So far, we’ve got a very detailed chapter outline and about four thousand words of text. Wish us luck!

22 thoughts on “Fending off the sharp stick”