I am active on Quora, and every now and then, a question appears that rises above the baseline. blog post was inspired by one of those questions. 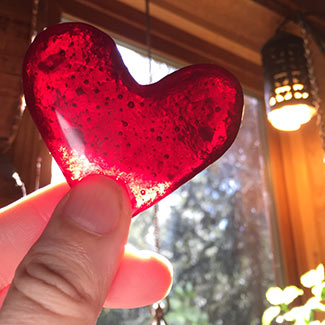 A few days ago, someone asked if being in a relationship is just handing someone else the power to abuse you.

And the trivial answer, of course, is yes. But that misses the deeper point.

Yes, being in a relationship means placing your heart in someone else’s hands and trusting them to treat it gently. Not everyone does. You make yourself vulnerable when you go about this business of emotional intimacy. You hand another person a terrible weapon that can be used to hurt you, and you trust that they won’t use it against you.

It is always possible to be hurt any time you go into a romantic relationship. There are thousands of ways this can happen: carelessness, insecurity, plain old-fashioned incompatibility. This is the risk you take when you engage with other people.

It’s important to understand, though, that not all hurt is abuse. Abuse is rooted in power and control. An abuser genuinely, sincerely believes it is okay to control someone else to get what he or she wants. The abuser feels entitled to this control; the abuser truly believes, to the bottom of his or her heart, that controlling the victim is not only necessary, it is just, reasonable, and proper.

But this doesn’t mean if you have relationships, you are guaranteed to be abused.

Abusers don’t abuse everyone they meet immediately upon meeting; if they did, they’d be easy to spot. It is possible to learn skills that help you identify abusers and recognize abusive behavior. And should you find yourself in a relationship with an abuser despite your best efforts, you can learn to assert boundaries that will help you leave abusive relationships.

A key part of the skill to recognize abusers is to learn to spot boundary-pushing behavior. If you say no, what does the other person do? If you tell someone not to touch you or not to do something else, how do they respond? Abusers often engage in repeated boundary-pushing at the start of a relationship–ignoring small “nos,” doing things you tell them not to do-—because abusers seek out people who lack the ability to assert boundaries and won’t enforce a “no.”

Part of protecting yourself from abuse includes learning to assert boundaries firmly and unflinchingly, without backing down. “I said no.” “Don’t touch me like that.” “You may not speak to me that way.” And that skill includes choosing not to be with someone who overruns your boundaries even if you’re really, really smitten with them.

Developing good boundaries doesn’t mean you’ll never be hurt. Pain is part of life. Nobody makes it through life without a few dents and scratches. That doesn’t mean you will be abused.

Abuse can happen to anyone, and it’s never the fault of the person being abused. Think of it like driving a car: there’s nothing you can do that will guarantee you’ll never be in a traffic accident. But wearing your seatbelt and driving defensively can help, and should you be in an accident anyway, they may help limit the damage.

Fastening your seatbelt in a relationship means learning positive, healthy communication and relationship skills and investing in solid, resilient self-esteem. These don’t necessarily make you immune to abuse, but they can empower you to interrupt abusive patterns, and they can help you escape if an abuser should get his or her claws into you.

But here’s the thing: Yes, it is possible you may be abused; it can happen to anyone. But that can’t be the thing that stops you from opening your heart to other people.

We are a social species. Most of us do better in intimate relationships with other people. Opening your heart carries risk, but it’s also one of the most enriching, rewarding things you will ever do. And the alternative, walling off your heart behind barriers and barbed wire, will suffocate it.

We can’t become so afraid that we lose sight of the fact that relationships make life better. If you refuse to engage in any relationships for fear of being abused, you commit an act of violence against your own heart.

3 thoughts on “Does love mean giving someone the power to abuse you?”