A few days ago, on my various wanderings through the wretched hive of scum and villainy known as the Internet, I came across an image that made a…rather startling claim. This image showed a beach full of dead starfish accompanied by the headline “Fukushima radiation hits California, millions of starfish dead.”

I found that wildly improbable, for a number of reasons (the radiation from Fukushima was not great enough to cause mass die-offs–indeed, the scientists who installed monitoring equipment to measure it didn’t even bother to wear protective gear; the radiation was so dilute by the time it crossed the ocean it’s a testament to how exquisitely sensitive modern radiation detection gear is that it was even measurable at all; and most of the radionucleotides, like iodine-131, have very short half-lives measured in days), so I did some research. It turns out that–surprise!–the image meme is a hoax.

So in the spirit of public service, I’d like to present to you:

Franklin’s Guide to Not Being a Dumbass on the Internet

It’s my hope that by following a simple 2-minute procedure, you can help prevent yourself from looking like a fool when you venture online. Ready, kids? Here we go!

Okay, so here’s the image: 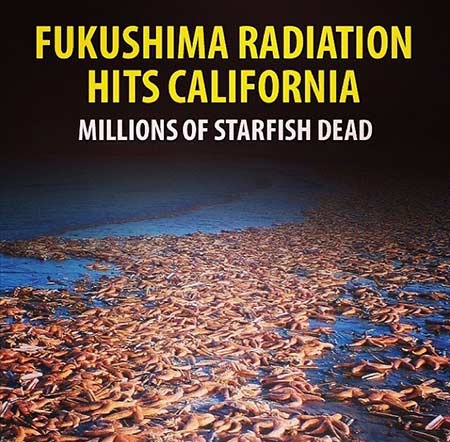 It turns out that this is not a mass starfish die-off caused by radiation, the photo dates from nearly two years before the Fukushima accident, and on top of that, it’s not in California. The actual photo shows a mass of starfish on Holkham Beach in Norfolk, Britain. 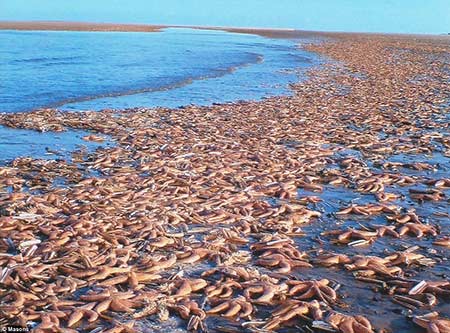 So what magical wizardry did I use to research the actual source of the image? What deep magic uncovered the fraud? Well, it took about 35 seconds with Google.

You see, Google has this feature that lets you search for images rather than words. If you use Google Chrome as your Web browser, this feature is built right in! Simply right-click on any image on any site, Mac or PC, and you’ll see this popup menu item:

If you don’t use Chrome, fear not! Just surf to https://images.google.com/imghp and you can drag an image from just about anywhere (your hard drive, another Web site, whatever) onto the Search bar to search for that image.

Seriously, it’s that easy. When you do this to image memes, especially alarmist memes that try to scare you, it’s astonishing how often they turn out to be frauds.

Let’s look at another example from Fukushima. This image was making the rounds a while ago, with the claim that it shows how “radioactive contamination” from the Fukushima power plants has crossed the ocean. 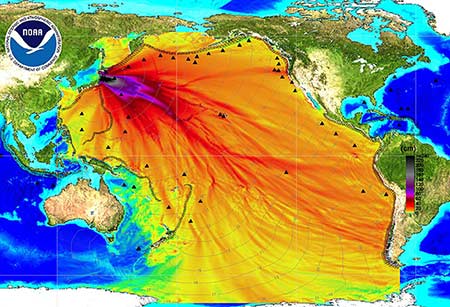 A Google image search for this image turns up this Snopes page. This image doesn’t show radiation. It doesn’t have anything to do with radiation. It shows the wave height of the tsunami that hit Japan after the earthquake, with red areas corresponding to higher ocean levels.

Of course, a close look at the image should clue in a wise person that something’s amiss if this is a radiation map, because radiation isn’t normally measured in centimeters: 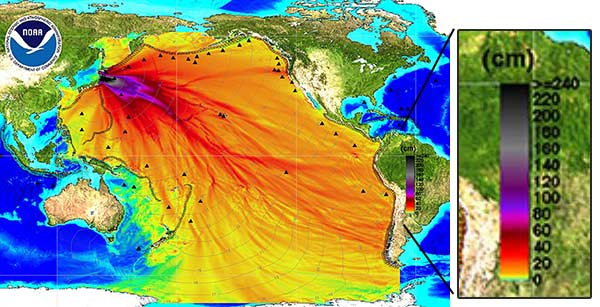 It’s not just Fukushima. All kinds of images can be subject to this in-depth, detailed, 30-second scrutiny. For instance, right after police officer Darren Wilson shot black teen Michael Brown, an image purporting to show a badly-beaten Wilson in the hospital was getting shares and favorites all over conservative parts of the Internet.

Problem is, the image wasn’t Darren Wilson. It wasn’t even close. A Google image search quickly revealed it was a 2006 photo of motocross rider Jim McNeil who had been hospitalized following a motorcycle accident.

So there you have it. This one weird trick called “fact checking” can save you from countless hours of embarrassment online. The next time you want to share that image that, like, totally proves some political feeling you have, stop and check! Google is your friend, folks.

6 thoughts on “Intermission: How Not to be a Dumbass on the Internet”