A couple of years ago, during a lackadaisical time in my life when I was only running two businesses and wasn’t on tour to support a book I’d just coauthored, I sat down with my sweetie Zaiah and we watched all the episodes of the Joss Whedon television show Dollhouse over the course of a week or so.

The premise of the show, which isn’t really important to what I want to write about, concerns a technology that allows personalities, identities, and skills to be constructed in a computer (much as one might write a computer program) and then implanted in a person’s brain, such that that person takes on that identity and personality and has those skills. The television show followed a company that rented out custom-designed people, constructed in a bespoke fashion for clients’ jobs and then erased once those jobs were over. Need a master assassin, a perfect lover, a simulation of your dead wife, a jewel thief? No problem! Rent that exact person by the hour! 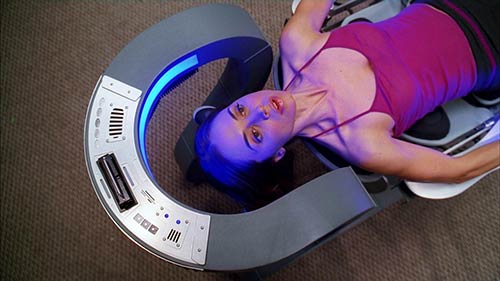 Anyway, in Episode 10 of the short-lived series, one of the characters objects to the idea of using personality transplants as a kind of immortality, telling another character, “morality doesn’t exist without the fear of death.” I cringed when I heard it.

And that’s the bit I want to talk about.

The New York Times has an article about research which purports to show that when reminded of their own mortality, people tend to cling to their ethical and moral values tightly. The article hypothesizes,

Researchers see in these findings implications that go far beyond the psychology of moralistic judgments. They propose a sweeping theory that gives the fear of death a central and often unsuspected role in psychological life. The theory holds, for instance, that a culture’s very concept of reality, its model of “the good life,” and its moral codes are all intended to protect people from the terror of death.

This seems plausible to me. Religious value systems–indeed, religions in general–provide a powerful defense against the fear of death. I remember when I first came nose to nose with the idea of my own mortality back when I was 12 or 13, how the knowledge that one day I would die filled me with stark terror, and how comforting religion was in protecting me from it. Now that I no longer have religious belief, the knowledge of the Void is a regular part of my psychological landscape. There is literally not a day that goes by I am not aware of my own mortality.

But the idea that fear of death reminds people of their values, and causes them to cling more tightly to them, doesn’t show that there are no values without the fear of death.

The notion that there is no morality without the fear of death seems to me to rest on two foundational premises:

2. We behave in accordance with moral strictures because we fear being punished if we do not. 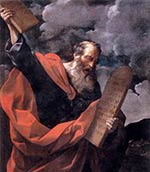 Premise 1 is a very common one. “There is no morality without God” is a notion those of us who aren’t religious never cease to be tired of hearing. There are a number of significant problems with this idea (whose God? Which set of moral values? What if those moral values–“thou shalt not suffer a witch to live,” say, or “if a man also lie with mankind, as he lieth with a woman, both of them have committed an abomination: they shall surely be put to death,” or “whatsoever hath no fins nor scales in the waters, that shall be an abomination unto you”–cause you to behave reprehensibly to other people? What is the purpose of morality, if not to tell us how to be more excellent to one another rather than less?), but its chief difficulty lies in what it says about the nature of humankind.

It says that we are not capable of moral action, or even of recognizing moral values, on our own; we must be given morals from an outside authority, which becomes the definition of morality. I have spoken to self-identified Christians who say that without religion, nothing would prevent them from committing rape and murder at will; it is only the strictures of their religion that prevent them from doing so. I have spoken to self-identified Christians who say if they believed the Bible commanded them to murder children or shoot people from a clock tower, they would do it. (There is, unsurprisingly, considerable overlap between these two sets of self-identified Christian.) If it takes the edict of an outside force to tell you why it’s wrong to steal or rape or kill, I am unlikely to trust you with my silverware, much less my life. Folks who say either of these things seldom get invited back to my house.

The notion that the fear of death is a necessary component of moral behavior because without punishment, we will not be moral is, if anything, even more problematic. If the only thing making you behave morally is fear of punishment, I submit you’re not actually a moral person at all, no matter which rules of moral behavior you follow.

Morality properly flows from empathy, from compassion, from the recognition that other people are just as real as you are and just as worthy of dignity and respect. Reducing morality to a list of edicts we’ll be punished if we disobey means there is no need for empathy, compassion, charity, or respect–we aren’t moral people by exercising these traits, we’re moral by following the list of rules. If the list of rules tells us to stone gays, then by God, that’s what we’ll do.

An argument I hear all the time (and in these kinds of conversations, I do mean all the time) is “well, if there’s no God and no fear of Hell, who’s to say the Nazis were wrong in what they did?” It boggles me every single time I hear it. I cannot rightly apprehend the thought process that would lead to such a statement, in no small part because it seems to betray a boggling inability to allow empathy and compassion be one’s moral signposts.

What it all comes down to, when you get to brass tacks, is internal moral values vs. external moral values. When we can empathize with other human beings, even those who are different from us, and allow ourselves to fully appreciate their essential humanness, treating them ethically becomes easy. When we do not–and often, religious prescriptions on behavior explicitly tell us not to–it becomes impossible. An intrinsic set of moral values is predicated on that foundation of reciprocal recognition of one another’s humanness, worth, and dignity.

Those who say without God or without fear of punishment there can be no morality seem blind to that reciprocal recognition of one another’s humanness, worth, and dignity. And those folks scare me.

18 thoughts on “Oh, Joss: “Morality doesn’t exist without the fear of death””