I am a bad polyamorous person.

I have, for many years, owned nothing but tiny, wildly-impractical two-seat sports cars. It has created problems for me on more occasions than I can remember, where I needed to go somewhere with more than one of my partners and the only car available was a two-seat sports car.

This has been the background source of much relationship stress for rather a long time. Fate, it seems, has finally conspired to get me to do something about it.

It started with a trip to a friend’s house to help her celebrate her birthday. We had the bad fortune to head out toward her place just as rush hour was starting on a Friday evening, and got to the interstate on-ramp to discover a parking lot.

Right next to the on-ramp is a used car place. In the parking lot of the used-car pace was a conversion van, with a sticker in the window advertising…

I will spare you the details, which I’m sure you can probably imagine, and cut straight to the chase: We pulled into the dealer’s lot in a tiny, wildly-impractical two-seat sports car, and pulled out in a conversion van.

Which has, I feel compelled to say, a bed in the back.

All my life, I’ve always wanted to own a vehicle with a bed in the back. They don’t make tiny, wildly-impractical two-seat sports cars with beds in them, so that deep desire has never been satisfied. Until now.

Since making this exchange, zaiah and I have taken it camping twice. It has also been invaluable for my trips to see my sweetie Eve. In fact, it’s safe to say that owning a conversion van makes a significant difference in one’s quality of life in many ways. 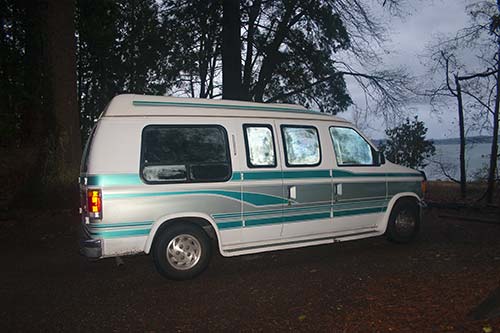 Having a van makes camping a much more comfortable proposition, as it turns out. Not to diss on anyone who enjoys roughing it in the Great Outdoors, mind, but a queen-sized bed with a memory foam topper is actually a considerable step up from a sleeping bag in a tent in terms of creature comforts. Not to mention available positions for sex. 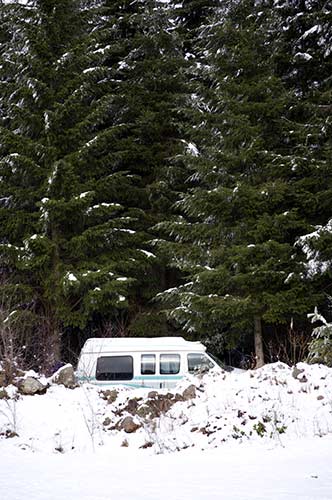 Not long after the exchange, we were invited by those very same friends whose party we were attending on that fateful evening to go sledding…or, as we call it in the language of my people, “Oh god oh god we’re all going to die.” (Kidding! I’m kidding! Nobody died. We ended the sledding with no more than a cracked rib and a mild concussion between us.) As it turns out, it’s easier to fit sleds in a van than in a tiny sports car. 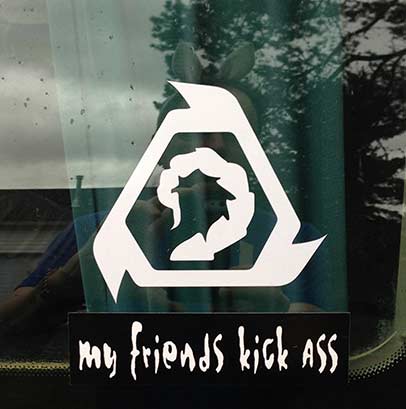 I soon started personalizing the van. My friends DO kick ass. For the Brotherhood! 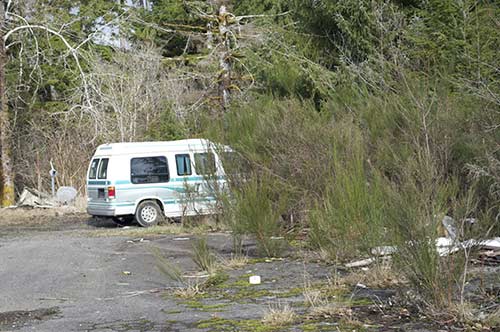 On our most recent trip, zaiah spotted the ruins of an old timber mill, long abandoned and turning to rust. We stopped, parked next to the “No Entry” sign, and I ducked under the “No Trespassing” and “Danger – Keep Out” signs to take photos photos, which I will likely be posting soon. 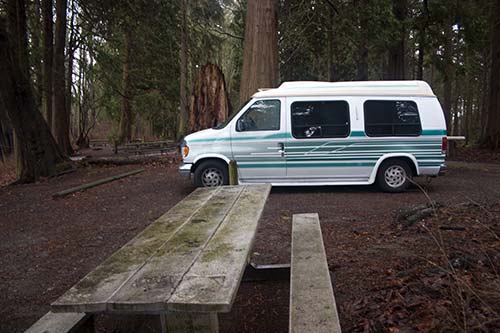 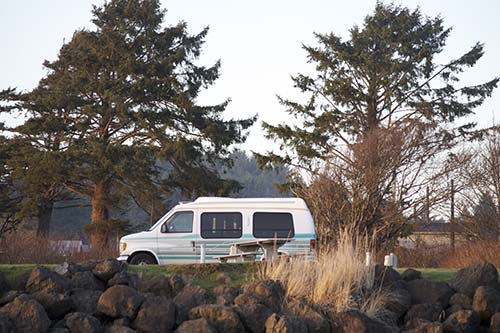 I grew up in Florida. I know what beaches are. Beaches are endless vistas of glittering sand, over which the surf rolls constantly. Seagulls circle overhead. The sun beats down on sand castles and little brightly-colored canopy tents.

In the Pacific Northwest, they apparently heard that “beaches” are places where the ocean meets the shore, but they were a bit hazy on details beyond that. Beaches here are rocky, with enormous boulders standing among piles of small round pebbles, while the rough surf pounds anyone who dares venture too close into oblivion. Oh, and it’s also bitterly cold.

So, not unlike the beaches I’ve seen in Great Britain, really. 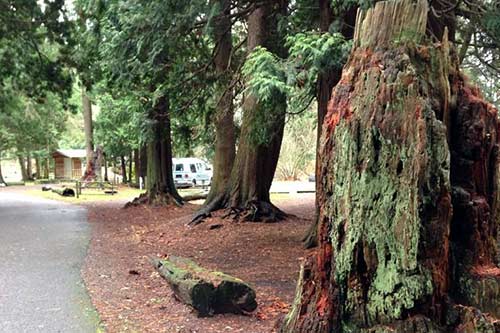 One nice thing about camping in winter: you get the whole campground to yourself. Seriously, on our first trip, we were literally the only people there. Even the park ranger had the sense to be elsewhere. I woke thinking the Second Coming had happened and we’d somehow been missed. (It’s an easy mistake to make. Angels pouring out their Seals, the armies of darkness sweeping over the land, the Final Judgment…there’s a lot going on! It’s surprising how easy it is to overlook a couple of yahoos out camping in a van in the dead of winter. Who camps in winter?) 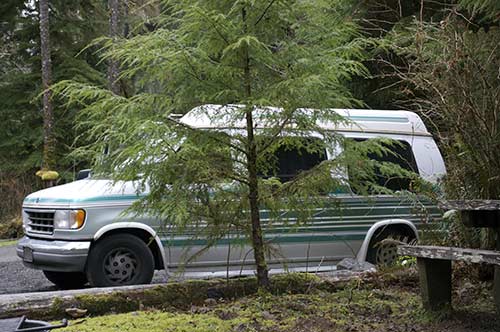 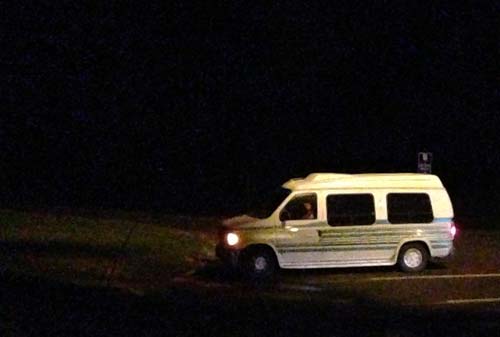 A rest area late at night. It looks so homey! It’s like a miniature house on wheels. A house without a bathroom. Or a kitchen. Or Internet access. But it has a bed! And that, by itself, means that when we’re camping in it, our standard of living is probably higher than most of humanity for most of human history.

34 thoughts on “The Adventure Van”