The person I was talking to really liked the story, and suggested that I should write more erotica.

So I started writing on Literotica, and the things I wrote became very popular–much more so than I would have expected. (For a very brief time, a few years back, I had the most read and the highest-rated story on the site.)

So I kept at it, and write a pair of eBooks about a relationship between a highly repressed woman and the man who married her in order to train her as a sex slave. These eBooks got so popular on Amazon that they’re paying my rent now. 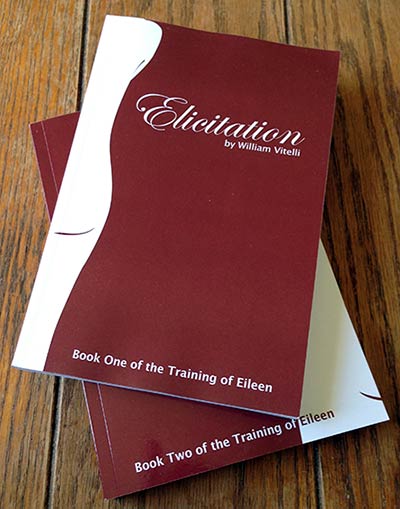 Anyway, I have some promotional copies of these books, which I’ve made available on my Web site as a two-book set. Which, if you like, I will autograph for you under my pen name. Check it out!

24 thoughts on “Does this officially make me a pornographer?”