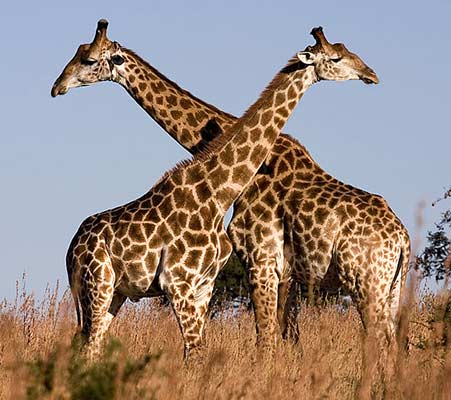 I am in love with a dragonslayer.

Not all dragonslayers, as it turns out, are knights in shining armor. The dragonslayer I love is a giraffe.

Her name is Shelly. She is not an ordinary person; one does not generally become a dragonslayer if one is content to travel from cradle to grave by the path of least resistance. And I have been in love with her for quite a number of years.

It’s interesting, and sometimes a bit intimidating, to be romantically linked to a hero of yours. We met at a gathering of polyamorous folks in Florida a very long time ago. We started dating a short while after that. I didn’t know then that she would become a dragonslayer, but she did tell me early on in our relationship that she is a giraffe.

By this point, you can be excused, gentle reader, if you have absolutely no idea what I am talking about. Allow me to backtrack a moment to explain.

Shelly, this person I love very much, is not, as I have mentioned, an ordinary sort of person. Not being an ordinary sort of person often leads to loneliness, and loneliness leads to sadness; we are social animals, after all. Many years ago–long before I met her–she talked to a therapist about feeling alienated and isolated from the people around her. The therapist listened patiently, then explained that there was absolutely nothing wrong with her; she wasn’t alienated because she was broken, she was alienated because she was a giraffe surrounded by alligators. “Find other giraffes,” the therapist told her. “You’ll be fine.”

It’s easier to find giraffes nowadays than it used to be. Back before the Internet exploded all over the world like an overripe grape in a hydraulic press, locating a community of non-traditional, non-monogamous, sex-positive people was a bit like finding a hundred-dollar bill lying on the ground; sure, it was theoretically possible, and every now and then you heard of someone who knew someone who talked to someone who’d totally heard of it happening to someone else, but it wasn’t exactly something that you could count on to meet the household budget.

When Shelly and I met, we recognized each other immediately. I didn’t know, back then, what that would mean.

I wrote a while ago some meandering thoughts on the tenuousness of the connections that drift by us, and how these slender threads–the accumulations of entire lifetimes of choices made and random chance–can profoundly change our lives.

My relationship with Shelly changed me more than my experiences with any other person I’ve had in my life, arguably including my parents.

When we met, I was still married to a monogamous partner, someone for whom polyamory really wasn’t a good fit. We had spent quite a lot of time trying to navigate the tricky waters of balancing the needs of a person who can’t be happy within monogamy with the needs of someone who can’t be happy without it, and more often than not, it was other partners I got involved with who bore the brunt of that.

Shelly has a way about her. That way usually starts with her raising a finger, a slightly puzzled look on her face, and saying “I have a question.” Invariably, the questions that follow completely rearrange your mental landscape. “I have a question,” she might say. “If you say that you want to love other people, why do you bring them into a situation where it is not safe for them to love you back, because you can be ordered to end the relationship at someone else’s will?” Or “I have a question. If you say you value having other people in your life, why don’t you value their agency?”

There’s one very important lesson I learned about being involved with her: If you are to be romantically linked to Shelly, you had better have your house in order. She will not easily accommodate the thousand little compromises that many people make when they try non-monogamy, the little rules and rituals that reinforce insecurity and avoid difficult change. If she finds a weak place, an area where for the sake of convenience some little unintended cruelty has become written into the fabric of a relationship, she will push on it. Band-Aids over unresolved problems do not work for her. Feelings swept under a carpet will be dragged into the light. That’s the first rule of being involved with Shelly: commitment to honesty and self-knowledge. You don’t get to say everything is OK when things are not OK, and you don’t get to make compromises that exclude other people.

It was the relationship with Shelly that finally let me see how hurtful, for all those years before I met her, my rules and treaties with my monogamous wife had been to my other partners. It was Shelly’s insistence that I deal with that hurtfulness that brought me to the choice that I could no longer be a party to hurting others that way. 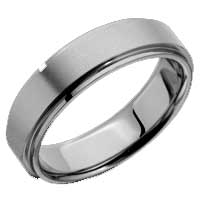 This is the ring I wear on my left hand. Shelly has one identical to it.

After we’d been together for several years, Shelly felt the call to become a dragonslayer. I have written about that here. One of the things she and I share in common is the fact that we both do not accept the idea of death. One of the things that makes her a better human being than I am is that she has made the decision to spend the entirety of her life fighting it.

She returned to school, to seek a doctorate that would allow her to do research in the field of radical longevity. She sacrificed a tremendous amount to do so, including moving away from where we had been living together to pursue her education. She made the decision and, just like that, both of our lives changed.

That is the second rule of Shelly. She has fortitudes of will that would astonish Winston Churchill. She is remarkably flexible in many ways, but when she has resolved to do something, wild dogs will not budge her. She is one of the strongest people I’ve ever met.

She went off to school. The company I was a minority partner in–one which would later implode in a fiery economic flameout that often happens, I’m told, when one puts engineers in charge of financial decisions–moved to Atlanta, and I went with it. We remained family, but the nature of our relationship changed.

That’s the third rule of Shelly. You don’t get to dictate what a relationship with her will look like. She is who she is; to love her means to accept that. She is neither flighty nor uncommitted; quite the opposite, in fact. She commits to the things that are important to her with ferocity. But she does not prefer the comforting illusion to the uncomfortable truth. People change. Shelly is not a person who hides from that change; she will not retreat into comforting routines.

Shelly does, and always will, hold a place in my heart, no matter what happens. There have been other people in her life while we have been together–people who sought to dictate only one kind of relationship with her, people who tried to impose restrictions on the way her heart will work. When they could not have what they wanted, they have chosen to fall out of her life.

It’s a poor choice, in my opinion. Being close to Shelly is incredible. I can not fathom why someone would that up simply because they could not impose rules on her about who she was permitted to love or how. But then again, I also may be part giraffe myself.

The biggest part of the care and feeding of Shelly I have discovered is simply developing the skill to listen to her when she talks about what she needs. Her needs in relationship, I have found, are generally quite modest, and easy to care for; but being heard is top among them.

Another is expectation management. Expecting Shelly to accommodate choices made for the sake of avoiding unpleasant reality is never likely to succeed. She has, more than anyone else I know, a commitment to emotional integrity that does not permit patching or working around problems like insecurity or fear. Almost all the practical skills I’ve learned about going under the bed, grabbing the monster that lives there, dragging it out into the light, and making it pay rent I’ve learned from her. Being involved with Shelly is not for the faint of heart.

And if her needs are not being met, she will let you know.

Funny things, needs are; when they aren’t being met, they can feel bottomless. In some relationships they are met more effortlessly than others; and in poly relationships, it can be very tempting to point to someone who’s needs aren’t being met and say “What’s wrong with you? Why are you so miserable? Why can’t you just be happy, like Sally over there is?” when the reality is that Sally is happy simply because her needs are being met.

That is, as it turns out, a feature, not a bug…at least if you want relationships built on a foundation of absolute, unwavering emotional integrity.

Which, the cynic in me whispers, is the one thing many folks are not really prepared for. Perhaps that is one of the things that differentiates an alligator from a giraffe? Perhaps alligators prize relationship stability ahead of emotional integrity?

In any relationship, there will be times when chaos slips in through some neglected back door or some little crack in the ceiling. It happens. We are all born of frailty and error. I have, as I’ve gone about this business of placing my heart in other people’s hands and accepting their hearts in mine, learned that when those moments occur, there is often an instant, right at the start, when we make a choice. It’s a tiny choice, that happens in a fleeting instant, sometimes too fast for us to register, but it’s there: the instant when we choose compassion, or when we sigh, feel frustrated, and head down the path of “God damn it, I had plans to watch Friends on TV tonight and then maybe wash the dog–anything that’s more fun than dealing with human beings who have needs–and now here you are asking for my support with something, and and and why can’t you just be more convenient?”

Compassion, in case it needs to be said, is better.

I am fortunate beyond measure to have connected with Shelly, and I feel blessed to have her as part of my life. Thank you for being who you are.

12 thoughts on “On the Care and Feeding of Giraffes”