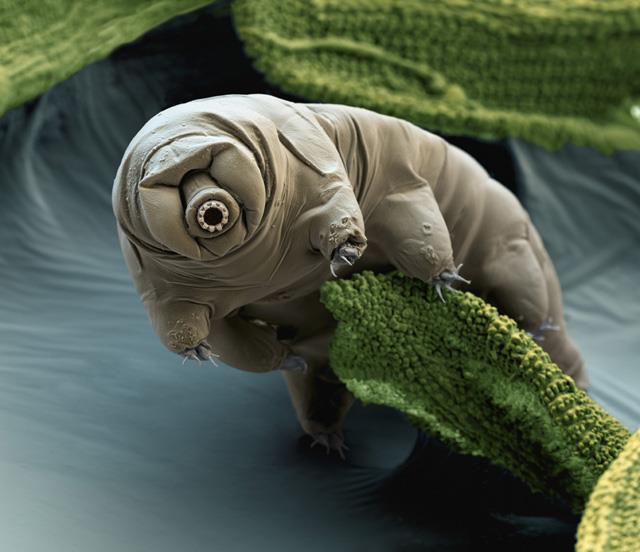 This…is a real animal. It’s called a Tardigrade, and it’s a (barely) macroscopic animal about half a millimeter long. It has eight legs and can survive exposure to hard vacuum. It belongs to a sister phylum to arthropods, though these guys technically aren’t arthropods.

This particular image comes from The Scientist, where it’s a finalist in their annual science image contest.

The next time you’re watching Star Trek and you see a supposedly ‘alien’ species that’s really just a white 21st-century human with a wrinkly nose, think about the amazing diversity of body plans right here on Earth, and then think about how profoundly unlikely that would be.