My sweetie emanix flew into town from London to attend. zaiah‘s Canadian boyfriend had planned to be there as well, though last-minute illness delayed his trip, with the result that only three nations were represented instead of four. The party was great fun; zaiah‘s cage was broken in for the first time, there were enough Jell-O shots to sink a battleship (at least a reasonably small battleship, whose crew were perhaps not the heaviest of drinkers), a large pile of Barbie dolls was cast into bondage for the benefit of some tentacle monsters, and I erroneously recorded elsewhere that at one point a total of three threesomes were going on simultaneously in the basement. The correct number of threesomes is four.

A couple of days later, emanix happened to mention in passing that she’d quite like to be stuck with needles, and that on a possibly related note she brought an assortment of birthday candles with her.

As I may have mentioned earlier, there just so happened to be a quite large cage, trimmed in LED rope lights, sitting in the living room from the party. It turns out that normal, regulation-sized birthday candles are just a tiny bit too wide to fit into the hub of normal, regulation-sized needles–a sad commentary on the lack of coordination among standards-setting bodies, and something that will be remedied when I rule the world, oh yes. A bit of work with a kitchen knife soon remedied that difficulty, however, and we were ready to begin.

Shortly thereafter, there was, as sometimes happens, a bunny in a cage.

For reasons not clear to your humble scribe, I often seem to get this look when I spend time with emanix.

The photos that lie beneath this cut are, unless your work environment is a statistical outlier, SO not safe for work that even thinking them while in the workplace may be cause for termination. Click here only if you’re OK with nudity, needles, fire play, and caged bunnies.

Lovely as a bunny in a cage may be, this scene to my mind called for two things right off: the removal of some clothing and the addition of some needles.

And once the candles are placed, well, there’s naught to do but light them! 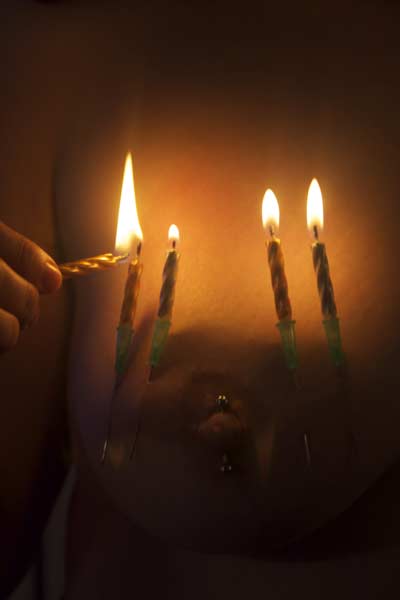 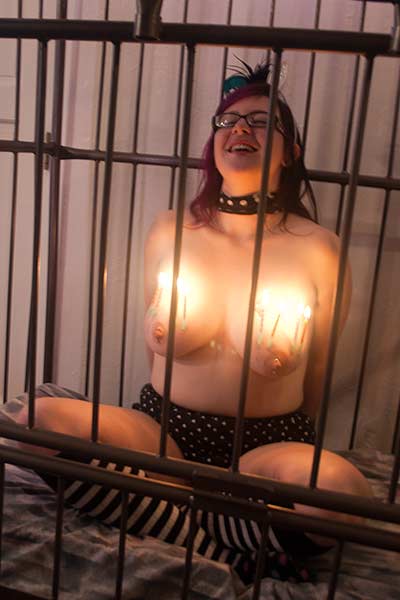 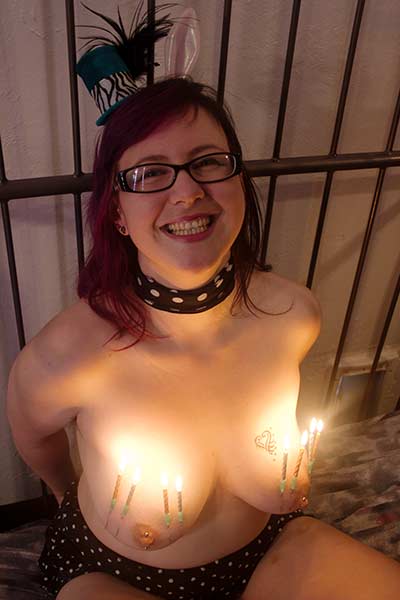 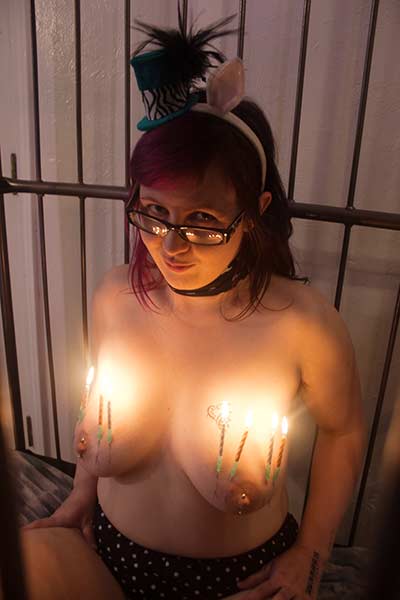 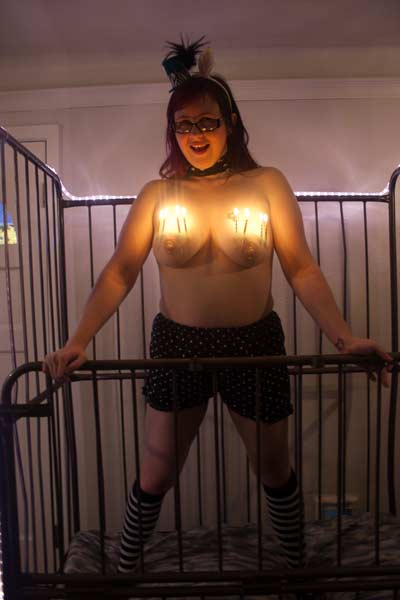 It was, I must say, great fun. For the bunny, too. I like the little wisp of smoke curling off the end of the candle in this picture, and the lovely red glow from the heat on her skin. 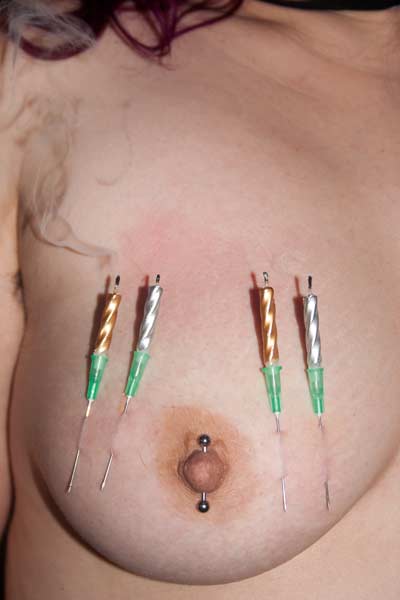 12 thoughts on “I Know Why the Caged Bunny Sings”