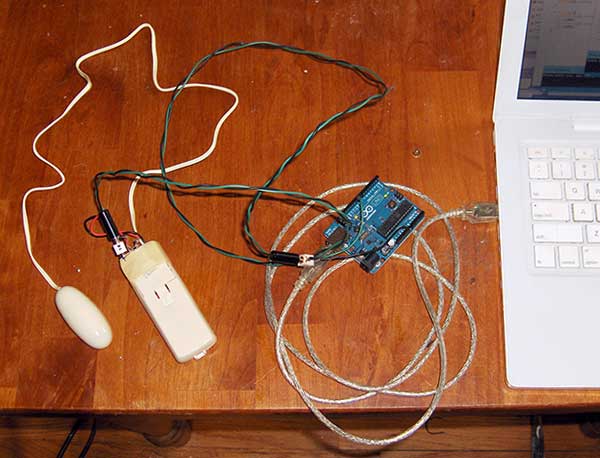 Interestingly, someone else who’s read my previous post has written an Arduino program to do sine wave mixing the way I talked about in my earlier post, though the Arduino software I’ve written works a bit differently. The software I’ve written delays for a random time between 15 seconds and a minute and a half, then randomly chooses a pattern to run the vibe in. Each pattern has random variability baked into it, so whoever is wearing it can’t identify the pattern when it starts.

Once the prototype is tested and made more portable (it doesn’t have to be tethered to the laptop to work, just to upload the software to the Arduino board), I’ll probably be posting schematics and software. Stay tuned!

I really, really love being me.

14 thoughts on “The Mathematics of Sex Toys, Revisited”