I first met seinneann_ceoil in Orlando.

She’s living in London now, and part of the reason for my going to London rather than returning home at the end of the cruise was to spend time with her. I knew that her girlfriend emanix and their extended poly network were all planning some kind of vacation; what I didn’t know was that the vacation involved spending a week in a castle in the south of France.

One of my favorite memories of that week in France, which I revisit fairly frequently, involved spending a morning poking around the castle with camera in hand. (You’ll be subjected to the photos of that later, probably with accompanying wildly inaccurate and improbable historical revisionism.) While I was exploring, seinneann_ceoil spent some time playing her flute in our room up in the castle’s upper turret. The music floated out the open window and filled the castle grounds, and it was just the most amazing thing ever. If there were a heaven, it would feel like I felt then. 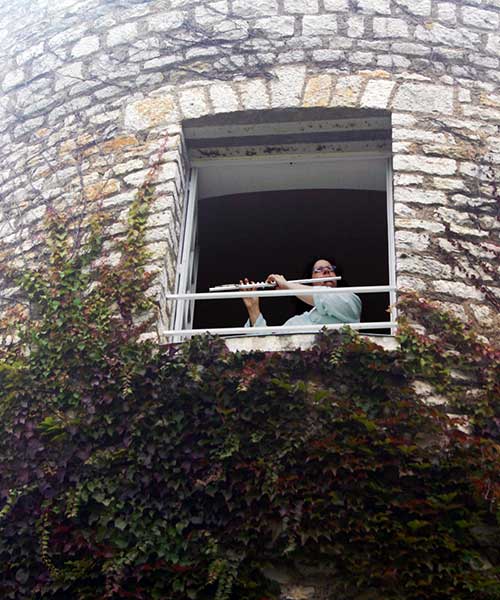 When I had finished exploring, she was still in her bathrobe playing. 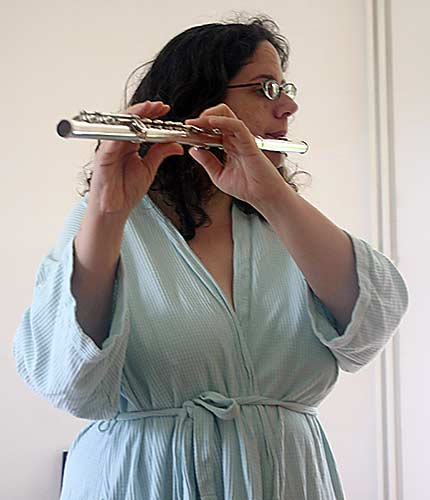 Anyway, as I was saying, I first met her in a bookstore coffee shop in Orlando. I had been visiting with joreth. We’d talked a few times online, so the prospect of meeting in person seemed like a great idea. Afterward, as joreth and I were heading for the car, joreth looked at me and said “You have a crush, don’t you?”

Now, I have a rule, or a guess a guideline, that says I generally don’t get involved in romantic relationships with folks who don’t already have a significant track record in long-term, successful poly relationships. seinneann_ceoil had not really prioritized romantic relationships in her life when we first met, so ordinarily I would be tempted to leave things at an online crush and let it go at that.

But she has a lot of rare qualities I really like. And I’ glad we’ve become romantic partners, even if she did move off to London a few months after we met. 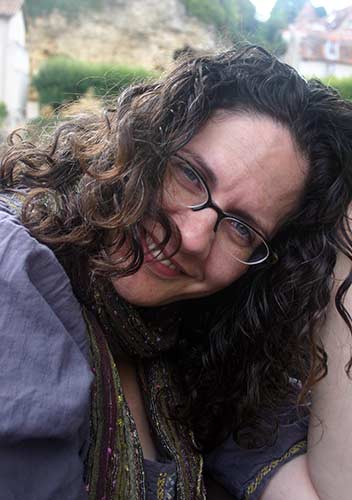 One of the first things I noticed about her is that she is self-aware like whoa. seinneann_ceoil has spent quite a lot of time and effort on the sort of introspection which I think makes the best foundation for building romantic relationships, with the result that she could probably teach the Dalai Lama a thing or two about living an examined life. (And she got there without being the privileged mouthpiece of the upper cast of the last tattered remnants of a displaced slave society that was so obnoxious that when China invaded, the first thing they said was “Damn, you guys need to learn more respect for human rights.” So suck it, Dalai Lama! Free Tibet…from autocratic rule by the upper-caste members of a slaveowning theocracy! Booyah!)

Self-awareness gets me every time, so it’s probably no surprise that I confessed my crush to her very shortly after we parted company. She flew out to Portland to visit some time later, and I had the opportunity to get to know her even better. 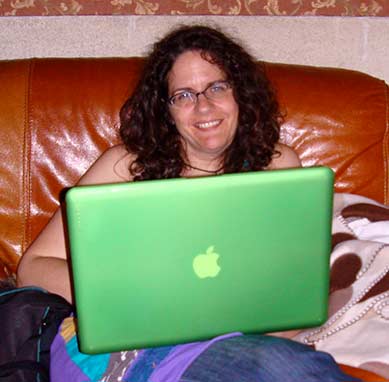 Introspection, as it turns out, is only the tip of the iceberg…or perhaps the first layer of chocolate on the sundae. We talked about relationships (and why it’s so often a Really Bad Idea for single bisexual women to get involved with married couples who say “We’d like to be polyamorous! We’re looking for a single bisexual woman to come be exclusively polyamorous with us!”), joy (and why it’s so much nicer to be approached by someone who says “Hey, you’re really, cool, and I totally have a crush on you! You interested in seeing whether or not this might go somewhere?” than by someone who says “Man, I have a crush. Better not say anything about it; what if she says no? Should I say anything? I’d love to say something, but what if she’s not interested? Man, that would suck!”), dreams (and the kind of joy that comes from following them), and sex (which, by the way, she’s sexy as hell, and I think I might have picked up a new fetish from her).

I also learned that she is smart, eloquent, generous, compassionate, giving…and by this point I’d lost count of all the layers in the Sundae of Awesome. The hot kinky sex is just the delicious cherry on the top.

So naturally she wound up in London very shortly after leaving Portland. Mind you, not only had I said on principle that I was unlikely to date someone without a significant poly resume, but I seem also to recall having made a decision somewhere along the line that I wouldn’t get involved in any more long-distance relationships either. Life is what happens to you when you’re making other plans.

So, yeah, it was pretty much a done deal by then that I’d end up totally smitten with her. And it’s been utterly, absolutely, blissfully worth it.

16 thoughts on “Adventures in Europe, Interlude: The Girl With the Flute”