So there I was, in the middle of a busy London Underground station, blindfolded, wrists bound, with an Oyster card that didn’t work, and…

Okay, hang on. Maybe I should back up a bit.

I am a bit of a naïve traveler. Prior to the adventure I’m chronicling here, I’d never been overseas at all. I had traveled to Canada, which doesn’t count because (a) I was three years old or something at the time and (b) Canada’s basically an unofficial US state anyway. I had traveled to Mexico as well, but that doesn’t count because (a) it was a high school senior trip, and (b) it was before the War on Drugs, and so at the time Mexico was almost an unofficial US state anyway. An impoverished US state that bore a depressing resemblance to Lubbock, Texas, only with fewer firearms and more ancient Mayan ruins, but still.

So I will freely confess that some mistakes were made.

For example, I expected it to be easy to get through British customs. I don’t know why I expected that, except insofar as I had expected it to be difficult to get through Russian customs and had been warned, in the most dire of terms, to keep at least 57 forms of identification on me at all times and to say “Don’t shoot! I am American! I have passport and American dollars!” in Russian in the event that anyone pointed weapons at me…and despite all that, it turned out to be a walk in the park. A long, slow walk in the park, where everyone stood in a long line for half an hour and then handed a passport to a severe-looking woman behind a bulletproof shield, perhaps, but a walk in the part nonetheless.

So I wasn’t quite prepared for the level of institutionalized, xenophobic, near-hysterical paranoia that is the British customs service.

I walked up to the man and gave him my passport. There were no bulletproof shields and no automatic gated man-traps, so I figured things would be easy. That’s when I learned the cost of my naïvity. When the man asked me why I was entering the country, I smiled and chirped, “To see my girlfriend!”

In my own defense, I didn’t realize that this is something you never, ever, ever tell any customs agent in any country EVER. As datan0de pointed out to me later, answers like “Because after the virus I just released, the Western hemisphere is pretty much toast” and “Because your citizens are unarmed and I am so very, very hungry” are better than saying “To see my girlfriend!” 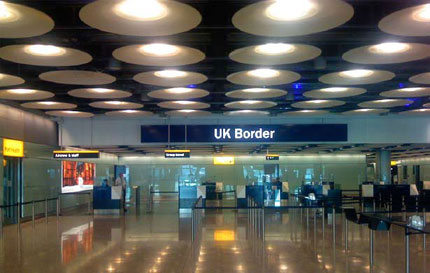 That’s when I got The Sigh. It was followed in short order by The Look. And after that came The Questions.

Lots of them. Twenty minutes later, I was still being grilled. How long had we been seeing each other? When did we meet? Was she a UK citizen? Did she have a job in the UK? Where did she work? How much did she make? How long had she worked there? Was she taking time off work to spend with me? How much money did she have in the bank? How much money did I have in the bank? How much money did I expect to spend in the UK? How serious was our relationship? Would she be financially supporting me to any extent during my stay? How many credit cards did I have in my name? What were the limits on them? What did I do for a living? How much did I make? When did my girlfriend first enter the UK? Did she have a passport? Did she travel abroad? What countries had she visited? What countries had I visited?

And those were just the warmup questions. Thank God he didn’t ask how many girlfriends I have.

He finally let me go, about half an hour later, after inspecting my return ticket and warning me of Dire Consequences if I remained in the country any longer than my alloted stay. After that, I felt that very little could be worse, and I was right. Even when I was gang-raped by…

But that’s a story for another chapter.

I didn’t take that picture above, by the way. The picture above came from the Heathrow Airport Web site. To really get an accurate feel, it would have to be jammed with about 26,374,211 angry, tired passengers and a row of grim-faced men determined with the fastness of Hell to make every one of those passengers as grumpy and angry as possible, for King and country. The picture also doesn’t show all the signs warning that anyone taking photographs of British passport control is subject to immediate arrest and incineration. I can only wonder what happened to the airport’s photographer, poor bastard.

seinneann_ceoil rescued me on the other side, and we ran off through downtown London, as I talked about before.

Apparently, she had other Pressing Matters to attend to that evening, so she decided to leave me in emanix‘s tender mercies for the evening.

emanix‘s tender mercies are usually neither tender nor merciful. When she expressed her delight at the thought of being able to kidnap me for the evening, I should have taken that literally. Very, very literally. 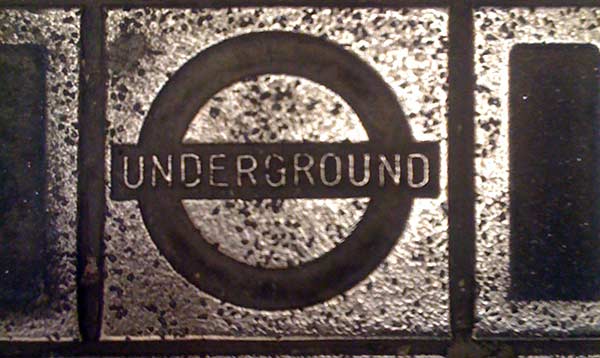 The London Underground, for those of you who have never experienced it, is a huge, sprawling system that’s part mass transportation and part sociological experiment. It’s a bit like a subway built by a strange race of subterranean Morlocks with a reckless disregard for basic human safety, permanently crowded to capacity with a most astonishing variety of examples of the human condition, all of them perpetually grumpy. 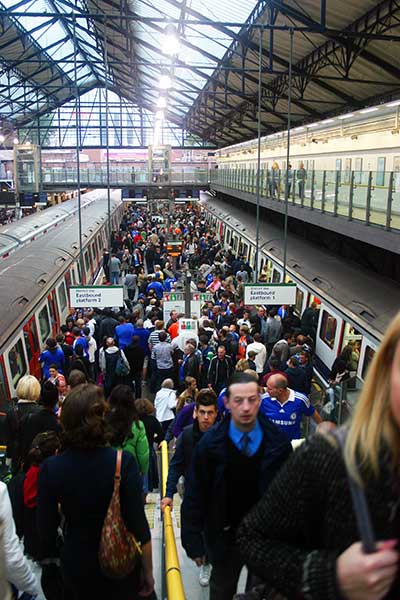 emanix took charge of me, seinneann_ceoil went off to attend to her errands (leaving me with an Oyster card, the electronic smart cards that are used to navigate the Underground), and off we went.

It wasn’t until I was trapped on the train that emanix informed me that she’d intended the kidnapping bit seriously. And that she had come equipped for the task.

Shortly after that, I was bound and blindfolded.

Some time after that, we arrived at our station, whereupon it was discovered that the Oyster card in my possession was flaky and did not work reliably, and also had only a few pence left on it.

So there I was, in the middle of a busy London Underground station, blindfolded, wrists bound, with an Oyster card that didn’t work, and nothing to do for it but to seek help with a customer service representative, a member of London’s finest civil service personnel. Who was, it must be said, visibly startled to be confronted with a customer in need of service with his wrists bound together, but who summoned up the dogged stoicism the British are famous for in parts of the world where they aren’t famous for being ruthless, genocidal, slave-trading imperialist bastards and who straightened out the situation with the card quite smartly.

Situation sorted, we headed out to a cafe to meet other kinky Londoners, of whom there are rather a lot, the bitter northern winters leaving little to do for three months out of the year save for either practicing being dour or stringing one another up for kinky sex. (The same, it must be said, is also true of Portland, where kinky sex is what serves in place of a state religion.)

The Coffee, Cake, and Kink (or, more accurately, Tea, Little Pastry Things With Fruit On Top, and Kink, though it has less of a satisfactory flow from the tongue or lilt to the ear) was quite lovely, and was followed up by a return to the Underground (sans bondage, but still just as recklessly hazardous to life and limb) to retire to emanix‘s house, known on several continents as the House of Joy.

This was, as it turned out, a part of the cunning plan all along, for early the next morning we were to rise, pack ourselves into a small van with a startlingly large number of other people, and drive for ten hours to a castle in France. And this is precisely what did indeed happen, though that bit will have to wait for the next chapter.

32 thoughts on “Adventures in Europe, Chapter 27: Welcome to England! Now piss off.”