Whenever I talk about the notion of radical longevity–essentially, finding ways to stop the aging process and with it the inevitability of death–I’m always surprised at the amount of resistance that idea encounters.

Some of the resistance comes from a fear of overpopulation, which I don’t think is supported by historical observation. One of the things we tend to see whenever a society becomes more prosperous and more long-lived is declining birthrate. Worldwide, longer lifespan is coupled very tightly to lower birthrate; many industrialized countries, in fact, actually have negative population growth, offset only by immigration. As the world advances in standard of living and in longevity, there’s no reason to believe birthrates won’t continue to decline.

Some of it is based on the notion that many people don’t seem to want to live forever. That’s fine; I’m quite fond of the notion that people should be able to choose, if they like. If a person doesn’t want to live for two hundred or five hundred or a thousand years, that seems perfectly reasonable to me, even if I don’t share that choice. I don’t advocate that anyone be forced to live forever; and on the flip side of the same coin, I’d appreciate if folks not advocate that I be forced to have a lifespan that’s only 70 or 80 years or whatever.

But some of it, I’m convinced, is due to the influence of some religious ideas that I think are both self-contradictory and toxic; and they’re ideas which have so subtly engrained themselves in American society that they’re held even by people who don’t consider themselves religious at all. 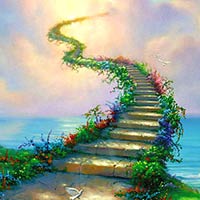 An objection I sometimes hear when I talk about increasing human lifespan is “What makes you think you deserve to live longer?” And that argument floors me every time I hear it.

It is interesting to me how common the notion that longer life is something that must be “earned” is. It’s an idea with deep roots in Christianity, of course; the promise of heaven for the righteous and hell for the wicked directly couples a person’s good behavior to the offer of eternal life. And there’s no doubt that Christian Protestant traditions have planted very deep roots indeed into the soil of American society. Libertarianism, for example, could be argued to be the little more than the Puritan work ethic dressed in modern language.

But curiously, this argument seems to be very limited in its scope. We rarely hear that people need to earn the right to live for 70 years, in spite of the fact that this is a good 30 years longer than the average life expectancy at the turn of the 20th century; apparently, sufficiently small and incremental extensions to lifespan escape the “you have to justify your life in order to earn this privilege” clause.

And effectively, that’s what the argument is: a presumption that an effectively unbounded lifespan is a privilege, not a right, and therefore something to be revoked upon insufficient demonstration of worth.

Taken to its (il)logical conclusion, one might postulate that if we start from the premise that long life is something that only the sufficiently righteous have earned, we might propose a system whereby people at the age of 20 or so–the nominal lifespan of early humans in nomadic hunter/gatherer societies–are tested on their worth, with those being deemed insufficiently worthy being taken out behind the chemical shed and shot. They might, I don’t know, even be seen as a resource, with their remains being liquified and fed to the living or something.

Yet I’ve never heard anyone, even those who say “What makes you think you deserve to live forever?”, propose such a thing. It seems that long life must be earned, but only up to a point; before that point, it’s a right, not a privilege.

And that’s where the whole philosophy falls apart. 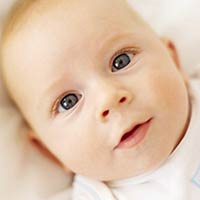 It seems to me that many religions, particularly Christian religions, hold on the one hand that eternal life is something that must be earned, but cling on the other to the idea that life itself is sacred and that all living people (with some limitations and exclusions that vary from denomination to denomination, and may include gays, lesbians, heretics, atheists, convicted criminals, and/or brown people) have an intrinsic right to life.

This right to life is promoted most directly and actively when it comes to children and infants, with some folks believing so strongly in this essential right that they feel called upon to defend it by planting pipe bombs and shooting doctors.

And all of this strikes me as being a bit contradictory.

You see, from my perspective it looks a bit odd to say that life is something sacred, which is the most basic and most sacrosanct of all human rights–but only in limited quantities, to be determined by the average longevity of the folks around you plus perhaps a decade or two; anything more than that is a privilege to be earned. So presumably a Medieval artisan who declared his desire to live to be a hundred years old might be met with “What makes you think you deserve to live that long?” whereas a modern American might only be asked the same question if his desire were to be to reach, say, two or three hundred.

But what really gets me is the number of folks of no particular religious leanings, and occasionally even folks who identify as entirely atheistic, have bought into this notion. Life is precious, sure, but only if as it doesn’t last past a certain sell-by date, which is never clearly enumerated but definitely seems to be greater than 100 years or so. A person wanting to live for a hundred and sixty years might get a few raised eyebrows; a person wanting to live for a thousand will almost certainly be asked “how have you earned it?”

It seems to me that if life has intrinsic value, then the pursuit of that which frees us from the ravages of old age, the indignity of encroaching enfeeblement, and the ultimate insult of death must necessarily be a virtue; whereas if life is something which must be earned in order to be justified, then it seems entirely consistent and logical to make it an ongoing thing, perhaps with regular tests, and give an exemption only to those too young to have yet begun to work toward earning it.

But what you can’t do is have it both ways.

If you believe as I do that every death is a travesty, the permanent loss of a unique perspective on the universe, then even asking a question like “What have you done to earn it?” becomes an appalling insult. But then, I would say that I fall firmly in the “life is sacred” camp, perhaps even more than the folks who proclaim this principle on the part of some god or gods. And unlike those folks, I don’t attach an expiration date to the preciousness of life.

74 thoughts on “Some Thoughts on Common Assumptions about Radical Longevity”