A few days ago, someone on my flist posted something that had a casual mention of a drug that is used to cause lactation. I don’t remember who it was, or what the post was actually about, see, but I ended up getting sucked down the Intertubes for hours because if ot, and it was some hours before I re-surfaced in the middle of a lake many miles away.

This is prolactin. It’s a hormone produced by human beings in the breast during breast feeding (it causes the production of milk) and in the brain during orgasm. As is typical with many hormones, it serves double duty and has a number of different roles; evolutionary biology never starts with a clean slate, so we get hormones in one part of the body repurposed to do something completely different in another part of the body (and we also get fucked-up design night mares like the knee…but I digress).

Its role in the brain is interesting. it’s what keeps you from wanting to fuck all the time.

When (most) people have an orgasm, there’s a drop in sexual arousal immediately afterward. There’s usually a refractory period, during which you can’t get off again, and there’s a generalized, overall decrease in libido. The length of time it lasts varies all over the map; for some folks it’s a few minutes, for other folks it’s the rest of the day, or at least until the rerun of “Buffy the Vampire Slayer” is over. Prolactin is the cause.

All this, I already knew. 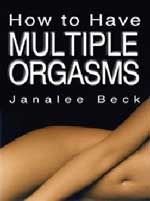 What I didn’t realize was that such drugs already exist.

So here I am, reading LJ, and I find a passing reference to a drug that induces lactation. Since I hadn’t heard of it before, I do what I always do with novel words or ideas–I consulted the Oracle at Google.

Anyway, lactation can be induced in women by means of drugs that enhance the action of prolactin, or that stimulate prolactin production. Lactation can also be prevented, naturally enough, by drugs which block the effects of prolactin, of which there are two, cabergoline and bromocriptine.

Now, there are a lot of other reasons why you might want to block prolactin, which have nothing to do with lactation. Excess prolactin is responsible for a number of other conditions; certain forms of pituitary disease cause excess levels of prolactin, which can lead to cancers, arthritis and other autoimmune diseases, and a whole host of other stuff you don’t want. So there’s a medical need for drugs that block prolactin.

As it turns out, there’s a relationship between prolactin and a completely different compound, the neurotransmitter dopamine. Dopamine also serves multiple functions. It’s the neurotransmitter that signals nerves in your voluntary motor centers of your brain; when you think about moving your arm, your motor centers produce dopamine, which turns into the nerve impulses that make your arm actually move.

Okay, so here’s where things get really cool.

There is a devastating disease called Parkinson’s disease which results in gradual, irreversible destruction of the dopamine-producing cells in the motor area of the brain, which leads to gradual, creeping paralysis. Because it’s caused by the loss of dopamine-producing cells, anything which acts to stimulate the production of dopamine in the brain will tend to reverse the paralysis, so dopamine-enhancing drugs are often used to treat Parkinson’s.

Now, as I’ve already mentioned, drugs that block prolactin tend to enhance dopamine, and vice versa. The drug bromocriptine is a prolactin antagonist and a dopamine agonist; for that reason, it’s often used to treat both Parkinson’s disease and certain pituitary disorders that cause excess prolactin production. The down side is that it has a number of fairly nasty side effects in some people, including such unpleasantness as psychosis.

Cabergoline is another drug that works the same way as bromocriptine; like bromocriptine, cabergoline is used to treat Parkinson’s disease and pituitary disease. It, too, blocks prolactin and enhances dopamine, and it has fewer nasty side effects.

One interesting side effect reported in both men and women being treated for things like Parkinson’s is multiple orgasms.

Which is a hell of a side effect, if you ask me.

In fact, cabergoline (and, to a lesser extent, bromocriptine) are sometimes prescribed off-label to counteract the sexual side effects of antidepressants (which modify the action of dopamine), and as treatments for sexual dysfunction.

So it turns out, as is often the case, that not only was I right in thinking that a prolactin-blocking drug might allow folks to have multiple orgasms, but that, as usual, other folks had already beaten me to the punch.

The moral lesson here is to be careful what you write about in your LiveJournal. The simple mention of an unfamiliar word can suck someone down into the bowels of the Internet for hours on end, and not only that, can spread viral-like through LiveJournal psts to other folks, who may get sucked down for hours on end plumbing the depths of biochemistry or stellar nucleosynthesis, as this post in shiva-kun‘s journal so aptly shows. In the interests of getting things done in the office, I hereby ask that all the folks on my friends list refrain from posting anything interesting, and instead confine themselves to discussions of reruns of “Friends” for the next three days, kay?