So a couple of days ago, joreth, David, and I went to see the movie “Hancock.”

This isn’t actually a post about the movie; it’s a post about transhumanism, human dignity, and the inevitability of death. Hang on for a bit; I’ll get to that, I promise.

The movie is surprisingly good. I expected a kind of “Airplane!”-esque send-up of superhero movies, but that’s not what it is at all. It’s a thoughtful, and in some places surprisingly sweet, story. And it does something I’ve never seen a superhero movie do before; it makes characters with superhuman abilities (flying, immunity to bullets, super strength, all the usual ones) human.

One interesting twist is that the main character, Hancock, never ages. 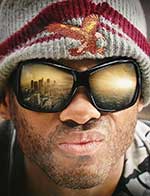 To me, the value in this seems like a no-brainer. And yet, the majority–by large margin–of folks I talk to don’t want it. And I find hat kind of interesting.

When i talk about living forever, most of the people I talk to, at least outside the transhumanist community, react with varying degrees of shock and horror. “But why would you want to do that?” is the most common response, by a mile.

Now, it seems to me the answer to this question is intuitively obvious to the most casual observer. Before I go into that, though, I think it’s probably a good idea to clear up what “live forever” means. That phrase can sound a bit scary, and seems to carry connotations of a kind of involuntary immortality to many folks.

When I talk about “immortality,” perhaps it would be better to say that I think death should be optional. I’m not talking about forcing people to live who don’t want to; I’m talking about changing the inevitability of death. Death should be an option to folks who want it, but it should not be compulsory.

It’s also important to make clear that I’m talking about healthy life, as well. Any reasonable approach to solving the problem of death begins with solving the problem of aging. Life extension as an ever-increasing period of enfeeblement is a non-starter. For the purposes of radical longevity, what I’m talking about is a cessation of aging such that human beings have an indefinite lifespan with no upper limit, and that we will spend that time in healthy, strong bodies.

This kind of immortality, a life where people simply don’t age, is not the same thing as superhero, immune-to-bullets-and-everything immortality. If we solve aging, which is a biological process that operates like all other biological processes and is therefore subject to change, that’s what we will have.

As it stands now, we stop self-repairing and start falling apart in our mid 20s, and it’s all downhill from there. Conquering aging means keeping the physical strength and health of a 20something indefinitely. Which, honestly, doesn’t seem like a bad deal to me.

A person immune to the ravages of old age would still not be immune to death; accident, violence, and other misadventure is perfectly capable of ending even a 25-year-old’s life. It simply means that person no longer has a cap on the maximum time he can live, if he so chooses.

And that’s really what it’s all about. Choice.

Right now, we have no choice. The maximum possible human lifespan is somewhere around 120 years, if we make it that far, and that’s it.

This has been the reality of human existence for a very long time, and we’ve built entire philosophies around that reality. “Death gives life meaning,” we’re told. (What a load of rubbish! If I burn down your house, is that destruction the only thing that gives your house value?) “Death provides dignity,” we’re told. (Nonsense; decrepitude and death are among the least dignified parts of our existence. It is our choices, our freedom to make ourselves what we choose, that informs our dignity and our value. Anything which reduces our freedom to choose for ourselves what we want to be, including the inevitability of death, reduces human dignity.)

If you go into the doctor’s office, and he tells you that you have a bacterial infection, which will slowly grow progressively worse until it kills you painfully, then offers you an antibiotic pill that will completely eradicate the infection, I bet you’ll take it. Even if you don’t fancy the thought of living forever.

There’s an important point in that. Even folks who don’t much want to live forever still probably don’t want to die today. Or tomorrow. Someday, perhaps, if that “someday” is held in the abstract; some future time when things no longer seem interesting. But not today.

And that’s the point. A solution for aging puts the power to choose in your hands. Old age forces your hand; you don’t get the choice to see your grandkids graduate from school, or to celebrate your fiftieth anniversary…the choice is made for you. And I don’t see how that benefits anyone.

Now, some people have asked me why I would even want an extended lifespan in the first place. “Wouldn’t you get bored?” I’ve been asked. “Wouldn’t you eventually become too depressed at seeing everyone close to you die?”

The first question is a bit more baffling. Bored? With all the things going on in the world, all the time, who would ever be bored? 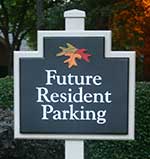 I think there’s an idea lurking in the subtext of that objection; namely, the sense that the future is just like the present, only longer.

Which is silly. One only needs to look at how much American society has changed in the last century to see that isn’t true. Within the lifetime of folks still alive today, we’ve gone from a largely agrarian society to a post-industrial society, with detours through powered flight, manned space exploration, and widespread electrification. A person born in 1900, in a one-room house with a dirt floor, has seen the advent of industrialization, the popularization of the automobile, manned moon landings, the taming of Niagra Falls, and the iPhone.

Who has time to be bored?

And that aint nothin’. Technology today, as interesting as it is, isn’t qualitatively different from the technology of the Victorians. We still make stuff by starting with a bloody great lump of stuff and whacking bits off, pounding, molding, stamping, cutting, and otherwise hacking away at the stuff until all that’s left is the bits we want.

Which is a wasteful, inefficient way to go about doing it. Smacks of stone knives and bearskins, really.

But what we’re closing in on is the ability to make stuff from the ground up, one atom at a time. And when that happens…jackpot.

Windows made of diamond (because carbon is cheap and easy to work with). Skyscrapers grown from a single metal crystal. Efficiency which allows the entire world, including those parts of it currently mired on poverty, to live at the same standard of living as us decadent Westerners, without imposing additional burdens on the earth’s resources or energy supply. Molecular assembly changes the name of the game completely.

Who has time to be bored?

And with that comes changes to all the assumptions we make about the Way Things Work. Many of the objections to improved longevity rest on assumptions that aren’t necessarily going to be valid in thefuture; you can’t anticipate the future by projecting current truths on it.

“But don’t we have to die to make room for the next generation?” I’m asked. No, we don’t, and thank you very much for implying that my life, and your life, and the lives of all the people who are here today are worth less than the theoretical lives of people who don’t even exist yet.

“But won’t longer life put more strain on the earth’s resources?” I’m asked. This assumes a continuation of the exponential population growth, when even now in the United States we actually have negative population growth, with immigration being what keeps the sum total population increasing. As lifespan increases, birth rate decreases; and, as I said before, nanotech manufacturing offers high standard of living with dramatically smaller environmental costs.

And if you find all that implausible, imagine what a person born in 1900 would say about owning a device that fits in your pocket, lets you talk to anyone in the world, and uses a network of satellites placed in earth orbit by rockets to help you find the easiest way to drive from your house to your friend’s house on the other side of the country.

Why do I want to live forever? Because things now are better than they were in 1900, and things in 1900 were better than they were in 1462. Because the future is an interesting place, and I want to see it. Because death should be optional, not mandatory. Because the encroachment of old age and death is the ultimate insult to human dignity. Because we are the part of the universe capable of understanding itself, and that means that every single one of us has incalculable value. Because every death is a tragedy, and we have lost sight of that. And in the end, because I see us not for what we are now, but for what we have the potential to become, and we have potential that is beautiful beyond all imagination.