World of Warcraft is actually quite a lovely game. Blizzard has done a good job with the “look” of the game, not trying for photorealism but not cartoony either. These images (rather old; my character is significantly higher level now) come from a low-end video card without advanced texture or shader support; on a higher-end system, the visuals are even better.

I love the atmospherics; the environments they’ve created are both exceptionally diverse and quite pleasing to look at.

Crossroads, Ragnarokkr’s oftime home away from home. This is the place where a series of air and land routes come together in a single Horde town; most Horde-side characters spend a fair bit of time here, even if it’s only to get from point A to point B. 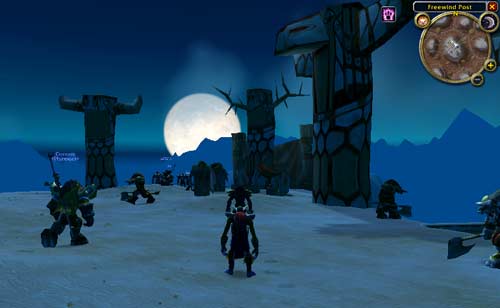 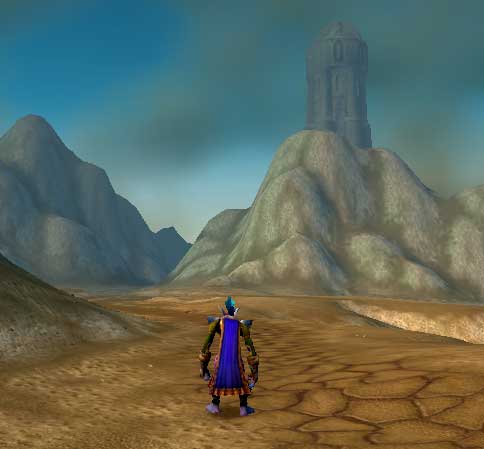 The pass to Mannoroc Coven, not a friendly place to be. Demons galore. 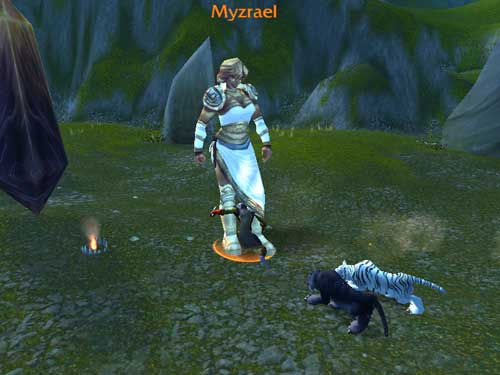 Ragnarokkr beating up the evil giantess Myzrael. A player in cat form and another player’s pet panther look on. The nice thing about being a warrior? You’re the one going toe-to-toe with the bad guys, running right up to them and bashing them with a sword while the other folks hang back a safe distance and shoot things at them. 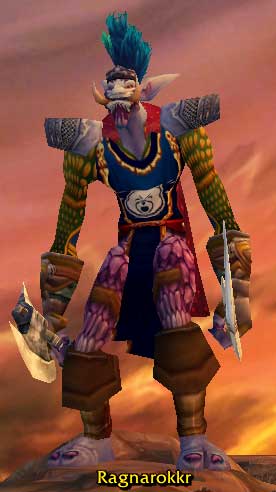 Rags, sword in one hand and axe in the other. He’s since traded those weapons in for slightly…um, weirder ones. 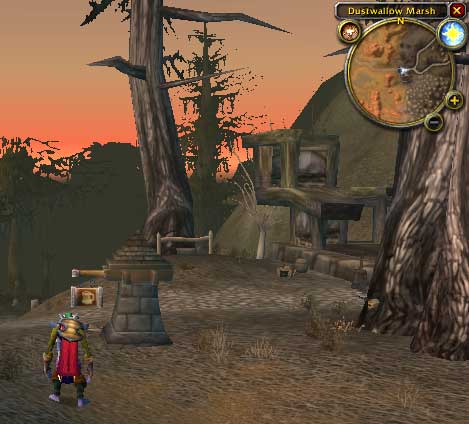 The Shady Rest Inn at Dustwallow Marsh, after having been torched. Much of Dustwallow Marsh is in ruins…proof that it pays not to leave a live dragon out of your calculations, if oyu happen to live near him.

8 thoughts on “World of Warcraft Madness!”