So, some people in another forum have asked me to post pics of my computer room, which has an…unconventional design scheme (with kudos to zensidhe for the original idea).

If you don’t have any interest in seing it, move along; otherwise, just… 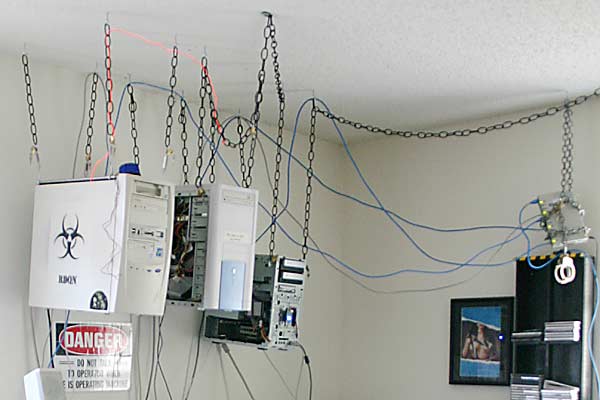 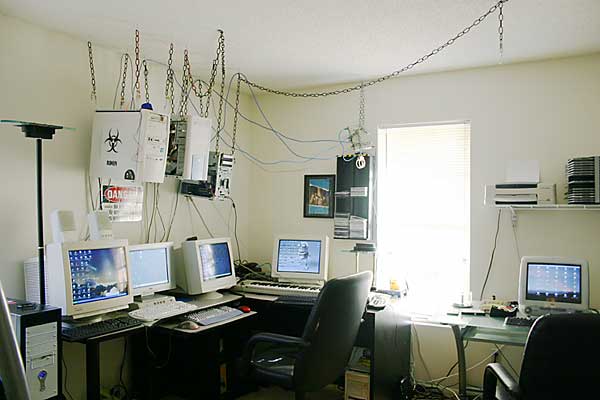 The black computer on the far left, not hanging by chains, is the game machine; mostly, it runs Age of Empires, Empire Earth, Command & Conquer, and Windows Update.

The iMac ont he right is my primary development machine. Not shown: My iMac laptop, or the production Macs in my office. Also not shown: Shelly’s collection of gas masks on the far right-hand wall.

The hub is chained up, handcuffed, and padlocked to keep it from going off and doing something unspeakable. I have essentially the same sense of aesthetics as my archnemesis, datan0de

14 thoughts on “The “Hellraiser” computer room”