Group sex is hella fun, though like any kind of sexual activity it’s not everyone’s cup of tea, and that’s okay. If group sex is something that interests you, it can be hard to know where to get started and how to stack the deck in favor of a good experience for everyone. That’s what this guide is for. 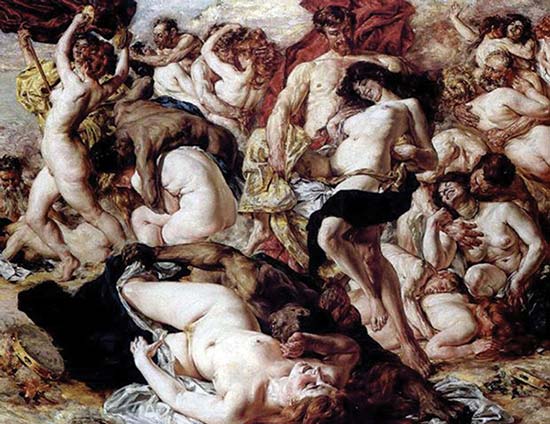 What is group sex like? Fun. I’ve consistently found it to be amazing. First, though, I’ll talk about what it’s not like.

Which brings up another point: unless you’ve explicitly negotiated otherwise, you can’t assume it’s a free-for-all. You don’t get to do whatever you want with both of the other folks involved. Everyone is going to come to group sex with their own limits and boundaries. If you ever want to have a second threesome, pay attention to those boundaries! Yes, people are getting naked and sweaty. No, that doesn’t (necessarily) mean you get to have sex, or perform any particular act, with either or both of them. They have the right to say what you may or may not do with their bodies. (And so do you, by the way. You are never obligated to have sex with someone just because they’re involved in sex with someone else. I am straight, so when I have threesomes involving another guy, he and I don’t touch. That’s fine. Your body, your rules.)

Finally, a lot of folks naively assume “if I’m with someone and we both have sex with the same third person, we won’t feel jealous because we’re both there!” Wrong. Jealousy is about insecurity, and it’s possible to feel insecure even when you and your partner are having sex with the same lover. The best time to get a handle on that is before you invite someone else into your bed, not after.

What group sex is

There’s something delicious about having two sets of hands and lips and tongues on your body that’s just amazing. It’s fun to be the one receiving that attention, but it’s also fun to be participating in giving someone else that kind of pleasure.

It’s cozy. Three people all wrapped up together is really nice. It’s incredibly intimate, both physically and emotionally. I remember a situation where I, one of my girlfriends, and my FWB all spent the night together. We had lots of sex and fell asleep all tangled up together, but you know what the most fun part was? The next morning when we woke up and showered together. The three of us barely fit in the shower stall, and all of us were still sleepy and a bit giddy from the night before, and it was incredibly warm and cozy and intimate.

It’s a lot of fun when bondage is involved, too. The night before my girlfriend and my FWB and I ended up in the shower together, my girlfriend and I tied my FWB to the bed and we both took turns playing with her. On another occasion, I was tied to the bed on my back while one lover straddled me and rode me, and another lover sat on my face. The two of them made out with each other while they both took pleasure from me. As you can imagine, both experiences were really hot. 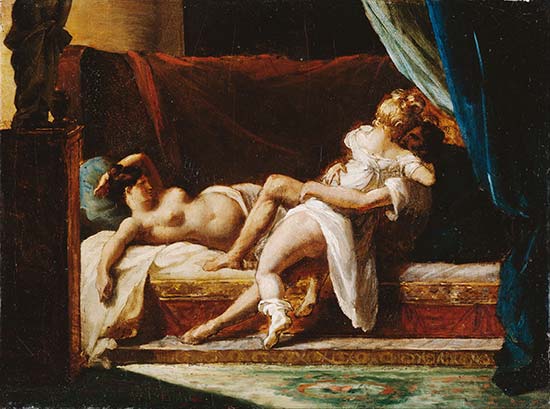 So how do you make it work? What are the rules for group sex?

Some of these guidelines are common sense. If you use barriers like condoms, for instance, don’t use the same barrier with two different partners. Change condoms when moving between partners.

The same goes for use of sex toys or fingers. Be aware of who you’ve touched and with what. Cover toys and change the coverings between partners, or use toys with only one partner. Don’t put your fingers in one person’s wibbly bits and then put them in another person’s bits, if those people aren’t fluid-bonded.

Oral sex requires particular care. We don’t necessarily think of it as a vector between two folks who aren’t directly intimate with each other, but it can be. Use dental dams or condoms if you’re offering oral sex to two partners, or use mouthwash between partners. Be aware of where your bits have been, where your fingers have been, and yes, where your tongue has been. 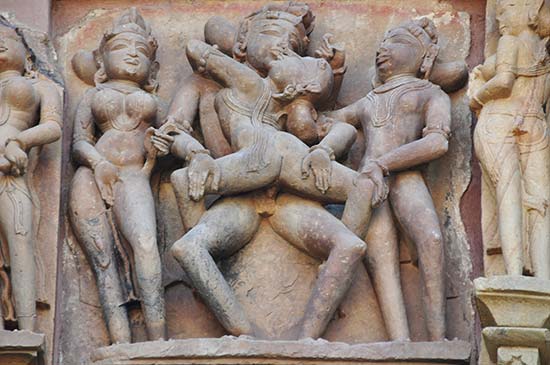 Having group sex doesn’t take magic superpowers or arcane pickup secrets you learn from the seedier corners of the Internet. It does, however, help to let go of conventional attitudes about sex. We are all, throughout our lives, inculcated with a lot of baggage around sex, and some of that baggage makes it really hard to have threesomes.

In my experience, there are three approaches to trying to find group sex.

A lot of folks start out with a conventional relationship, then search for someone who will basically be an expendable fantasy fulfillment object. That can feel nice and safe. The third person is barely even a person. In fact, a lot of folks set strict rules on what that third person can and can’t do, or even set rules that it has to be an anonymous stranger from Craigslist rather than a friend or acquaintance, in the belief that this will avoid jealousy or awkwardness.

There are several problems with this approach. First, in my experience, the couples who do it are often trying to outsmart jealousy by planning and scripting a scenario they think will keep it at bay. But jealousy doesn’t come from sex. Jealousy comes from insecurity. If you see your partner enjoying someone else, and you’re sexually insecure, you will likely feel threatened and jealous even if the other person is a stranger, even if you’re having sex with that person at the same time, and even if you’re following a script. Second, sex with a stranger can feel less threatening than sex with a friend, but the problem is a random stranger brings random STI profile, random integrity or lack thereof, random baggage, and random drama to the table. Third, it encourages thinking of that person as a thing, not as a person with needs and desires.

The second approach is to join a swing club or lifestyle community. This approach is really intimidating to a lot of people. There are all kinds of stereotypes about swingers, it can be hard to admit to other people what you want, and a lot of folks will say things like “sure, I want to have group sex, but that doesn’t mean I’m like all those perverts!” (Seriously, I’ve heard people say just that.)

The advantages to this approach are that it’s safe–the lifestyle community tends to have zero tolerance for abusive or disrespectful behavior, there is a strong culture of not disrupting other people’s relationships, there are meet and greets where you can get to know folks in the community in a low-pressure social setting without sex, and you’ll meet people who are on the same page about what you want. The disadvantage is that it’s intimidating at first, and if you’re still carrying around a bunch of baggage like sexual insecurity, sex negativity, or poor communication skills, you’re going to have to address those. It also can tend, depending on where you are, to favor people who are conventionally attractive. But the lifestyle community offers a structural way to get what you want on your terms.

I’ve tried to work on myself to build strong self-esteem and security, to confront my fears and insecurities, to develop the qualities of integrity and transparency, to be able to talk about sex without fear or shame, and to let go of the idea that if my lover digs sex involving another person that means I’m not good enough or whatever.

Having done that, I deliberately built a social circle of open, sex-positive people. I got over feeling intimidated about going to kink or lifestyle social groups. I sought out people who have positive, healthy attitudes about sex. I worked on my own integrity.

And it really paid off. And because my social circle is made up of folks with good communication skills and positive attitudes about sex, it’s remarkably drama-free.

This approach takes the most work of the three, but it’s work you do on yourself. Being confident and secure, being open, having good communication skills, being willing to face down your fears and insecurities help you find partners, sure, but they also help you live a better, happier life.