The balance of nature. This is a thing that people talk about, and every time they do, I cringe.

Wikipedia has an entry on the balance of nature, which has this (among other things) to say on the subject:

The theory that nature is permanently in balance has been largely discredited, as it has been found that chaotic changes in population levels are common, but nevertheless the idea continues to be popular.[1] During the later half of the twentieth century the theory was superseded by catastrophe theory and chaos theory.

In part 0.5 of my series on GMOs, which I’ll return to when the current madness is over, I talk about how one of the greatest predictors of whether a person is opposed to GMOs is whether that person sees nature as a gentle, benevolent force that exists in “harmony” and “balance.”

Except that it’s a load of rubbish. It sometimes (sometimes!) works that way in the short run, but in the long run, what looks like “balance” is more often two or more opposing sides that have reached an exhausted stalemate. A change in climate, a change in parasites, disease, a new adaptation, and that “balance” goes out the window. Catastrophes happen. Species go extinct, and are replaced with new species. There are no dinosaurs any more, or creodonts, or many other organisms. They didn’t disappear because humans upset the “balance of nature.” They disappeared because there is no “balance of nature.” Nature is neither kind nor benevolent; it’s only our privileged position at the apex of a very large and very bloody food chain that allows us to imagine otherwise.

Nature is, in point of fact, ruthless and amoral. Any adaptation that gives a species (or a population within a species) an upper hand tends to be propagated through nature.

And sometimes, the results are horrifying. I don’t mean just in the “species go extinct” kind of way; the adaptations that succeed are themselves often horrifying.

Exhibit 1 for the prosecution: Male Llamas Bite Off Each Other’s Genitalia. 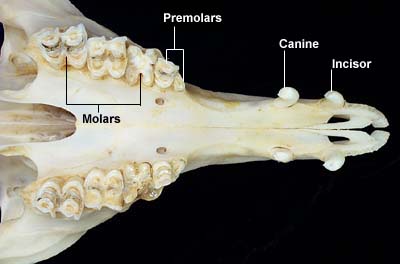 See the teeth on the end? The canine and incisor? Those are fighting teeth. You know what they’re adapted for? Castrating other llamas. Why? Because if you have genes that code for teeth to castrate other males and the temperament to do so, you’re going to spread those genes pretty effectively, and before long, your whole species is full of individuals with a head for castrating each other and the tools to do it.

But wait! It gets worse! The anglerfish is even more horrifying. 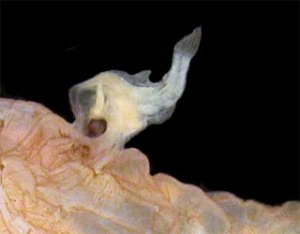 This is a male anglerfish. It’s a little tiny blob of a thing, scarcely able to swim. When it finds a female, it bites her, whereupon she…absorbs it. She dissolves it, literally, until nothing is left but a pair of testicles, which remain glued to her body. She extracts the sperm from them and stores it for when she wants to reproduce.

Why? How could such a horrifying thing come to be? Because it works, and nature is amoral. Whatever works, works.

You might think that’s the bottom of nature’s basement of horrors, but you’s be wrong. Let’s talk about bedbugs, and a reproductive strategy called “traumatic insemination.” 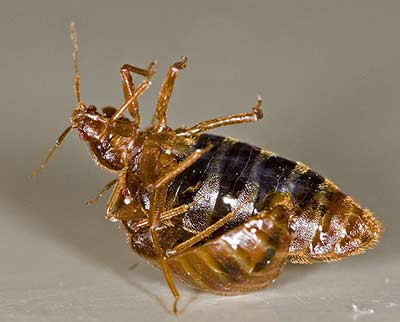 Traumatic insemination occurs when the male stabs the female and deposits his sperm directly into her body. If she survives, some of the sperm eventually reaches her ovaries. It’s the only way bedbugs mate. Why? Because nature is horrifying.

There is no harmony or balance of nature; those things are human constructs. What there is is unceasing warfare, constant change, and traumatic insemination. We’re very fortunate, you and I, to be born into a position that allows us to delude ourselves about the nature of mother nature.