It’s a good time to be a scientist, if you believe the various shouty, fearful corners of the Web.

Today, all across America (and indeed the rest of the world), scientists everywhere are swimming in dough courtesy of various dark, sinister forces paying them to conceal The Truth from you, the sheeple. These vast, complex conspiracies, bankrolled by vast corporations with almost unlimited wealth and power, run entirely unchecked…that is, until they’re unravelled by a tiny but determined handful of unsung Web site owners, who pierce the veil of conspiracies by revealing the real truth, often given to them by…people who stand to make money from getting others to believe the conspiracy theories.

But that’s not what’s important! What’s important is the vast legions of scientists being paid untold sums to conspire with other scientists. These huge conspiracies are directly responsible for the sharp increase in the number of research scientists driving Rolls-Royces1, owning enormous 200-foot luxury yachts, and buying tropical islands in the Caribbean. 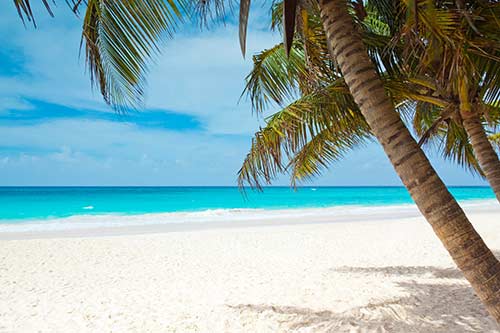 A quick Google search using terms like “scientists conspiracy” and “scientists conspiring to hide *” turns up so many scientific conspiracies that these days, even a first-year grad student research assistant must be making serious bank. Some of the various scientific conspiracies people–and I mean a lot of people, not a handful of nutters in tinfoil hats muttering to each other down at the pub–actually believe include:

Whew! That’s quite a list–and it’s only the tip of the iceberg. Looking at it, I can understand why scientists aren’t really living on idyllic tropical islands or sipping martinis on their yachts–all that conspiracy money is going toward whiteboards and dry-erase markers just so they can keep track of all the conspiracies they’re participating in!

And it’s not just scientists. Half the world’s bloggers, yours truly included, are regularly accused of taking money from Big Oil, Big Pharma, Monsanto, the government, and a host of other sinister organizations to write blog posts…well, just like this one. 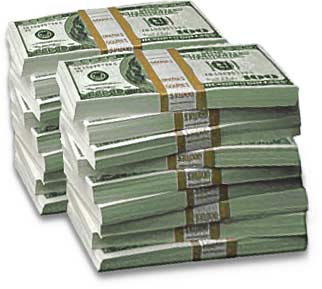 Make my check payable to “Franklin Veaux”–make sure you spell my last name right, ‘kay?

There’s an essay on Patheos about six arguments commonly used by science denialists. The normal course of arguments against science or in favor of pseudoscience are:

1) Cast doubt on the science.
2) Question the scientists’ motives and integrity.
3) Magnify any disagreements among the scientists; cite gadflies as authorities.
4) Exaggerate the potential for harm from the science.
5) Appeal to the importance of personal freedom.
6) Object that acceptance of the science would repudiate some key philosophy

I would argue that #6 should actually be #1 on the list, because it has invariably been my observation that people accept or reject science based on whether or not the science agrees with whatever personal worldview they hold. So liberals might accept the science of climate change but scream adamantly that GMOs are dangerous (and the scientific consensus about their safety is the result of a massive conspiracy), whereas conservatives accept GMO safety but hoot and holler about a scientific conspiracy about climate change.

The idea of a scientific conspiracy is, of course, utter bollocks. Folks who talk about conspiracies of scientists have absolutely no idea what science is or how it works.

Take the conspiracy about scientists hiding a secret cure for AIDS. Any scientist who announces a cure for AIDS is going to be set for life. She’s guaranteed a Nobel Prize, her own research facility, and research funding from now until the end of time. I mean, what do these people imagine happened? Do they think the executives of Giant Pharmocorp convened a meeting of their top researchers and said “I understand you folks have come up with a cure for AIDS. Tell you what–we’ll just keep mum about that, okay?” What do they would think would happen? The scientists at the table would all nod their heads–and then race each other to the patent office. (And seriously, do people think you could threaten researchers into keeping quiet? Researchers talk. Research is a collaborative exercise. It’s not likely you’d be able to have one research team make significant progress on a cure for AIDS without other teams knowing it, and it’s really unlikely a company could threaten its scientists without other people knowing.)

Scientific consensus emerges when scientists review each other’s work and replicate one another’s experiments. Scientists do not accept something is true because someone says it is. The whole point of the scientific method is that you never have to trust what some bloke says. When someone says something, like “the CO2 in the air is driving a change in climate” or “vaccines don’t cause autism,” other scientists check his work.

The process is called “peer review,” and it’s ruthless. When you publish a paper, everything is examined, poked at, grilled, scrutinized, analyzed, inspected, dissected, reviewed, studied, checked, weighed, sifted, measured, and otherwise put under a figurative (and sometimes literal) microscope. The assumptions, the methodologies, the data, the conclusions–everything is looked at, with an eye toward finding any flaw at all. Scientists love finding flaws in other scientist’s research. They live for that, the way that one kid with the missing tooth lived for taking your lunch money when you were in fifth grade. 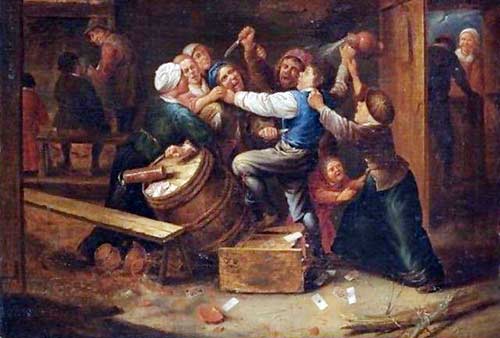 The peer review process in action

But what’s more likely–that one scientist (like, say, Andrew Wakefield) will lie and say vaccines are dangerous when they aren’t, because he’s been paid 600,000 British pounds by a law firm hoping to sue vaccine makers, and he wants to release his own brand of “autism safe” vaccine he hopes to make millions on? Or that tens of thousands–possibly hundreds of thousands–of other scientists, all of whom are publishing their data for everyone to see, are engaging in a vast conspiracy to say vaccines are safe when they aren’t?

Seriously, it’s nearly impossible to keep a conspiracy of five or six people quiet. A conspiracy of tens of thousands? Staggering quantities of money flowing to all the world’s scientists to buy their voices, staggering mountains of evidence being suppressed…and there’s no paper trail? Is this really what people think is happening?

The implausibility of these gigantic conspiracies–as if scientists didn’t eat GMO food, get their kids vaccinated, and use microwave ovens themselves!–doesn’t deter the conspiracy theorists, many of whom are simply looking for a way to explain why scientists keep saying things that just plain don’t fit their pre-existing beliefs.

Conspiracy theories help make sense of a world that seems in contradiction to what we feel must be true. They also make us feel good about ourselves; as one Web site devited to conspiracy theories says, “People who are not skeptics of “official stories” tend to be dull-minded. To believe everything these institutions tell you is a sign of mental retardation. To ask questions, on the other hand, is a sign of higher intelligence and wisdom.” We feel good about ourselves when we think we have pulled back the mask of the Great Conspiracy and figured out what’s really going on. We feel clever, wise, vindicated. We don’t have to accept a challenge to our worldview; we’ve outwitted them and, in so doing, totally proved the things we already wanted to believe are right.

That’s one nice thing about conspiracy theories. They are effective solvents, quickly dissolving even the most stubborn inconvenient facts.

2 It’s not clear to me in this conspiracy theory who’s paying the scientists. Big Cocaine?

3 I don’t really know why. Vaccines don’t make much, if any, profit. On the other hand, a hospital stay for whooping cough can generate tens or hundreds of thousands of dollars in revenue. So it’s not clear to me where the profit motive is for a pro-vaccination conspiracy.

4 thoughts on “Keeping Up with All the Conspiracies”