When I become King of the World, spreading memes online without fact-checking them first will be a misdemeanor offense. Who's with me?

The memes in question have both been circulating for a while, which is terribly disappointing now that we live in the Golden Age of Google. They’re being distributed over an online network of billions of globally-connected devices…an online network of billions of globally-connected devices which lets people discover in just a few seconds that they aren’t actually true. 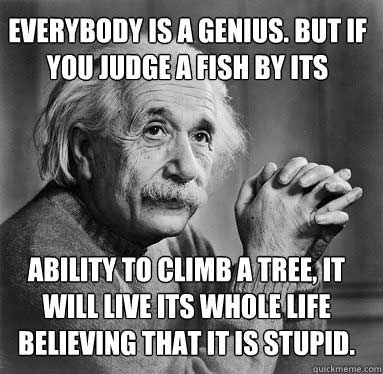 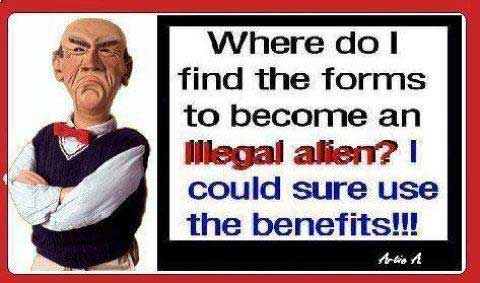 A quick Google search shows both of these memes, which have been spread across social media countless times, are absolute rubbish.

The quote attributed to Albert Einstein appears to have originated with a self-help writer named Matthew Kelly, who falsely attributed it to Einstein in what was probably an attempt to make it sound more legitimate. It doesn’t even sound like something he would have said.

The second is common on conservative blogs and decries the fact that Obamacare (or, sometimes, Medicaid) offer free health coverage to undocumented immigrants. In fact, Federal law bars undocumented immigrants from receiving Federal health care services or subsidies for health insurance, with just one exception: Medicaid will pay hospitals to deliver babies of undocumented mothers (children born in the United States are legal US citizens regardless of the status of their parents).

Total time to verify both of these memes on Google: less than thirty seconds.

So why, given how fast and easy it is to verify a meme before reposting it, does nobody ever do it? Why do memes that can be demonstrated to be true in less time than it takes to order a hamburger at McDonald’s still get so much currency?

Viewed through the lens of social identity, memes suddenly make sense. The folks who spread them aren’t trying to educate, inform, or communicate ideas. Memes are like sigils on a Medieval lord’s banner: they indicate identity and allegiance. 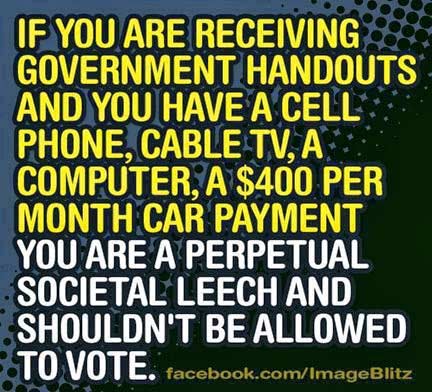 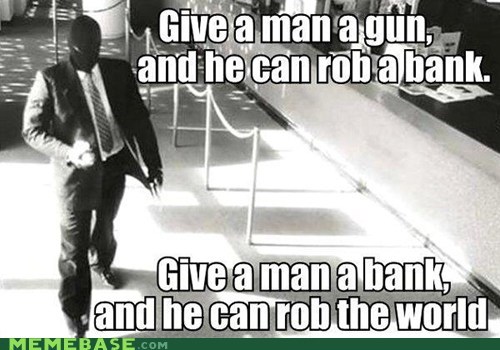 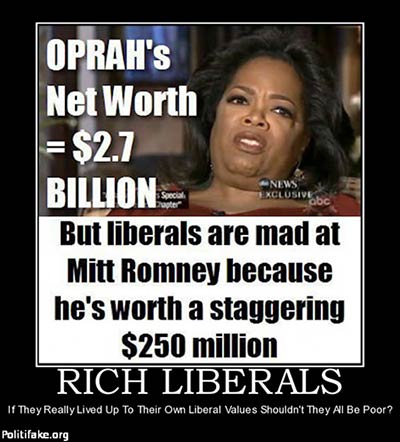 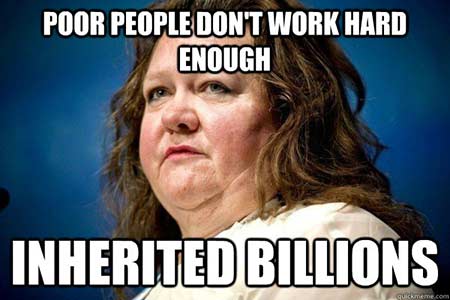 These are all memes I’ve seen online in the last six weeks. What inferences can we make about the people who posted them? These memes speak volumes about the political identities of the people who spread them; their truthfulness doesn’t matter. We can talk about the absurdity of Oprah Winfrey’s reluctance to pay taxes or the huge multinational banks that launder money for the drug cartels, and both of those are conversations worth having…but they aren’t what the memes are about.

It’s tempting to see memes as arguments,especially because they often repeat talking points of arguments. But I submit that’s the wrong way to view them. They may contain an argument, but their purpose is not to try to argue; they are not a collective debate on the merits of a position.

Instead, memes are about identifying the affiliations of the folks who post them. They’re a way of signaling in-group and out-group status. That makes them distinct from, say, the political commentary in Banksy’s graffiti, which I think is more a method of making an argument. Memes are a mechanism for validating social identity. Unlike graffiti, there’s no presupposition the memes will be seen by everyone; instead, they’re seen by the poster’s followers on social media–a self-selecting group likely to already identify with the poster.

Even when they’re ridiculously, hilariously wrong. Consider this meme, for example. It shows a photograph of President Barack Obama receiving a medal from the king of Saudi Arabia. 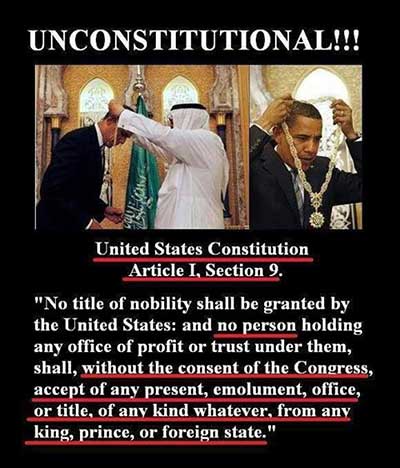 The image is accurate, thought the caption is not. The photo shows Barack Obama receiving the King Abdul Aziz Order of Merit from King Abdullah. It’s not unconstitutional for those in political office to receive gifts from foreign entities, provided those gifts are not kept personally, but are turned over to the General Services Administration or the National Archives.

But the nuances, like I said, don’t matter. It doesn’t even matter that President George W. Bush received the exact same award while he was in office: 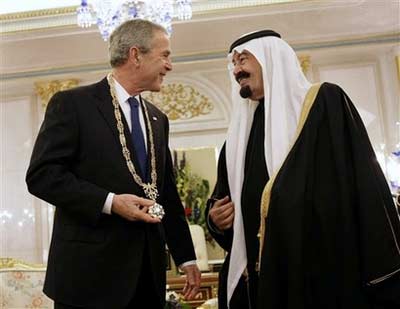 Memes don’t have to be self-consistent. The same groups that post this meme: 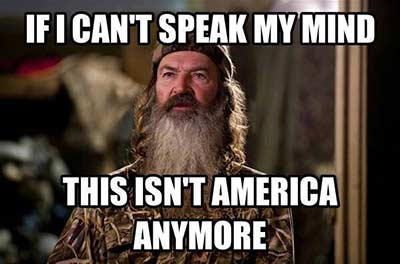 also tend by and large to support employment-at-will policies giving employers the right to fire employees for any reason, including reasons that have nothing to do with on-the-job performance…like, for instance, being gay, or posting things on Facebook the employer doesn’t like.

Memes do more than advertise religious affiliation; they signal social affiliation as well. 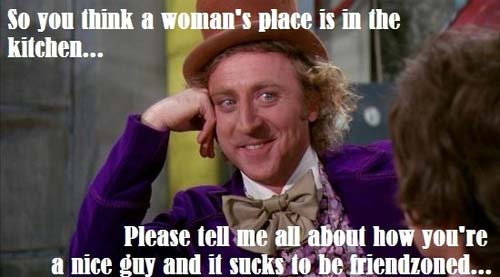 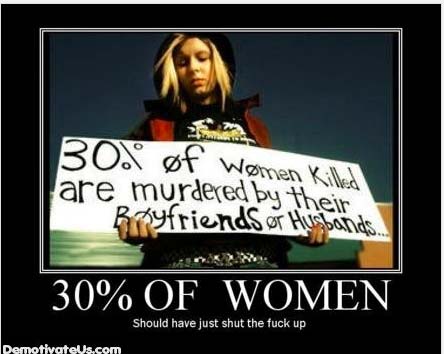 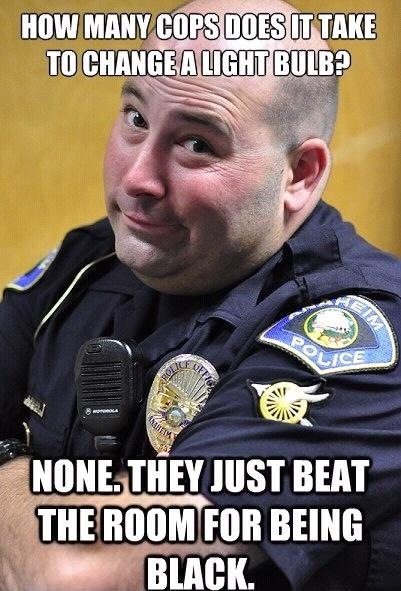 Any axis along which a sharp social division exists will, I suspect, generate memes. I also suspect, though I think the phenomenon is probably too new to be sure, that times of greater social partisanship will be marked by wider and more frequent distribution of memes, and issues that create sharper divides will likewise lead to more memes.

There are many ideas that are “identity politics”–ideas that are held not because they’re supported by evidence, but simply because they are a cost of entry to certain groups. These ideas form part of the backbone of a group; they serve as a quick litmus test of whether a person is part of the out-group or the in-group.

For example, many religious conservatives reflexively oppose birth control for women, even if the majority of its members, like the majority of women in the US at large, use it. Liberals reflexively oppose nuclear power, even though it is by far the safest source of power on the basis of lives lost per terawatt hour of electricity produced. The arguments used to support these ideas (“birth control pills cause abortions,” “nuclear waste is too dangerous to deal with”) are almost always empirically, demonstrably false, but that’s irrelevant. These ideas are part of a core set of values that define the group; holding them is about communicating shared values, not about true and false. 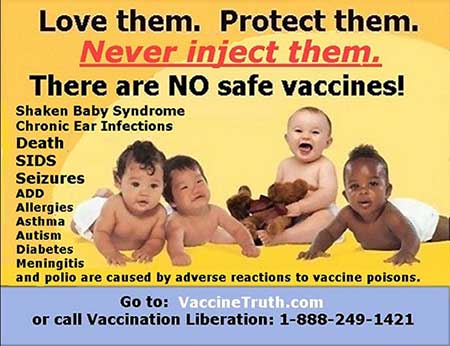 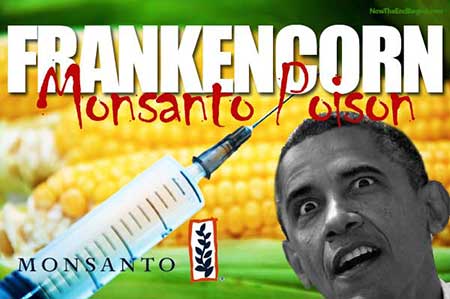 Unfortunately, these core identity ideas often lead directly not only to misinformation and a distorted worldview, but to actual human suffering. Opposition to vaccination and genetically modified foods are identity ideas among many liberals; conservatives oppose environmental regulation and deny human involvement in climate change as part of their identity ideas. These ideas have already led to human suffering and death, and are likely to lead to more.

Human beings are social animals capable of abstract reasoning, which perhaps makes it inevitable that abstract ideas are so firmly entrenched in our social structures. Ideas help define our social structures, identify in-group and out-group members, and signal social allegiances. The ideas we present, even when they take the form of arguments, are often not attempts at dialog so much as flags that let others know which lord we march for. Social media memes are, in that way, more accurately seen as house sigils than social discourse.

4 thoughts on “Wrong in the age of Google: Memes as social identity”