Last week, zaiah and I decided to spend an evening sitting in a dark room with a bunch of strangers staring passively at a flickering screen. We were in the mood for B science fiction, so we decided to go watch a low-budget sci-fi allegory about classism and economic repression whose characters are faced with losing body parts and whose plot heavily involves ice.

No, I don’t mean Ice Pirates. I mean the one that’s set on a train. I mean this one: 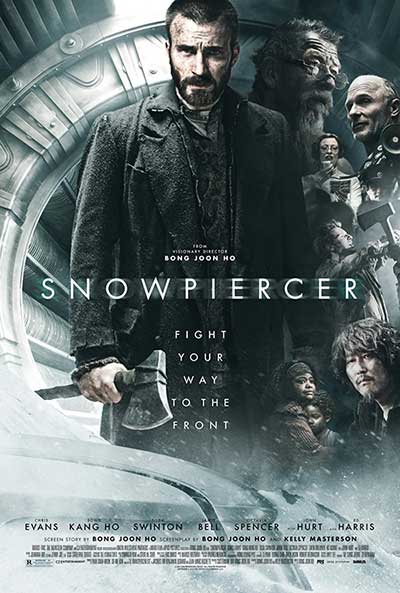 I must admit, it’s a worthy heir to the Ice Pirates crown. Without question, Snowpiercer is the best low-budget sci-fi allegory about classism and economic repression whose characters are faced with losing body parts and whose plot heavily involves ice that’s ever been set on a train.

Well-intentioned but incompetent scientists: Global warming is a thing. To fight global warming, we will spread a magic chemical in the air that will reduce global temperatures because magic, and also chemtrails. We will not model the results first, nor pay attention to the effects, because in this world modeling and verification are not things.

Well-intentioned but incompetent scientists: Wow, we didn’t see that coming! The entire earth is now a frozen snowball and all life is extinct. Oops, our bad.

Jamie Bell: It sure does suck being one of the last human beings alive and being stuck in the back of this train. We should rebel and go to the front of the train. Chris Evans, you should lead us!
Chris Evans: Waitaminnit. If the world suddenly started freezing, why are the only survivors on a train? Why wouldn’t people make domed cities? Or dig shelters underground? For that matter, how come this train is even moving? Where does it get its fuel from?
Jamie Bell: It has a perpetual motion engine, of course! Duh.
Chris Evans: Oh, boy. It’s going to be one of those movies. And I thought my role in Captain America: The Winter Soldier was implausible. Man, I have got to talk to my agent about these winter-themed movies I keep getting cast in.

The doors open UNEXPECTEDLY. Children are MEASURED with a TAPE MEASURE and then CARRIED OFF. People CARRY ON about it. ANDREW throws a SHOE at a WOMAN IN AN UGLY YELLOW OUTFIT.

Tilda Swinton: Andrew, you threw a shoe at the woman in the ugly yellow outfit. We will hang a clock around your neck and then stick your arm through this special hole in the side of the train while I carry on about class and shoes and knowing your place.

TILDA SWINTON carries on about CLASS and SHOES and KNOWING YOUR PLACE. The CLOCK goes off.

Tilda Swinton: Okay, that’s enough carrying on about class and shoes and knowing your place. Now that your arm is totally frozen solid, we will hit it with a hammer and smash it to pieces.

Chris Evans: Waitaminnit. Even liquid nitrogen, which is −321 degrees Fahrenheit, can’t freeze a piece of the body that big that quickly. And I can look outside and see air, so the air isn’t liquid, which means the temperature is way warmer than that. Did anyone do any fact-checking to make this movie?
Tilda Swinton: Shut up.
John Hurt: Chris Evans, you do not have time to think about plot or plausibility now. You must lead our people in revolt.
Chris Evans: I can’t lead us. I still have both my arms and both legs. You have a pegleg and an umbrella handle for an arm. You must lead us.
John Hurt: I am still recovering from the injuries to plot and plausibility I incurred during the Dr. Who special. You must lead us.
Chris Evans: Okay.

A dude draws PICTURES of the children who are CARRIED OFF. The people in the back of the TRAIN prepare to stage a REVOLT

Chris Evans: The guards are here early! But never fear, I think they are out of bullets. I will test my hypothesis by trying to make one of the guards shoot me in the head.
Jamie Bell: …
Jamie Bell: That’s your idea?
Jamie Bell: Dude, that’s…it’s…
Jamie Bell: Dude, you’re brilliant! That’s brilliant! How else could we possibly find out if they have bullets in their guns? This is why you must lead us. 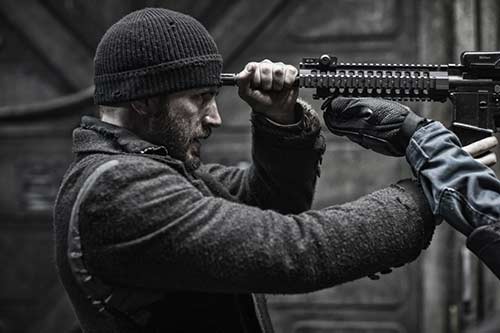 Jamie Bell: Eww, the wibbly-wobbly protein bars are made out of bugs.
Chris Evans: Wait, what? Where are all the bugs coming from? What are they eating? Wouldn’t it be easier and more efficient to make protein bars out of algae or something?
Chris Evans: I mean, bugs are not even the bottom of the food chain, so what’s supporting them?
Jamie Bell: Man, it’s like I don’t even know you.
Chris Evans: I really, really need to talk to my agent.

The door OPENS. Behind it is a bunch of GOONS wearing HOODS and carrying AXES. The GOONS gut a FISH.

They have an EPIC BATTLE in a TRAIN CAR

The lights go OFF. The GOONS put on NIGHT VISION GOGGLES

It gets DARK. The GOONS use their NIGHT VISION GOGGLES to MASSACRE PEOPLE with AXES

Tilda Swinton: I will take you to the front of the train.
Chris Evans: Okay.

They go into an AQUARIUM and eat SUSHI

Chris Evans: This is good sushi.

A nice GENTLEMAN starts handing everyone EGGS from a BASKET 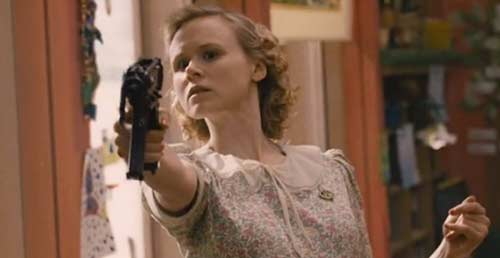 Chris Evans: Oh, I get it! Bullets. I thought you didn’t have any bullets, but you did. Ha ha! That’s a good one.

Franco the Elder: I am going to kill all of you now.

There is a SHOOTOUT. The train goes around a CURVE. FRANCO THE ELDER tries to shoot CHRIS EVANS through the WINDOW

Chris Evans: Waitaminnit. If it’s so cold outside that a person’s arm freezes faster than it would in liquid nitrogen, leaving aside for the moment that weather that cold means there wouldn’t be an atmosphere, wouldn’t shooting holes in the train ruin its insulation and condemn everyone to death?
Franco the Elder: You expect continuity and plausibility in a movie about a train with a perpetual motion engine that keeps driving all the way around the world because it’s cold outside?
Franco the Elder: What’s wrong with you?

Franco the Elder: Okay, I can kill you in a sauna car, whatever.

Chris Evans: I will complete my mission. I will go to the front of the train. And, err, avenge Jamie Bell. Or the fish. Or something.
Namgoong Minsu: Okay.

They go into the RAVER CAR, because of course there’s a RAVER CAR. The RAVERS are listening to MUSIC and doing DRUGS and having SEX because that’s what ravers DO

Namgoong Minsu: I am not going to open the very last door.
Chris Evans: Wait, what?
Namgoong Minsu: I think it is not very cold outside. Plus, it is getting warmer.
Chris Evans: In spite of the below-liquid-nitrogen-temperature, arm-freezing-and-shattering thing? You’re not an empiricist, are you?
Chris Evans: Let me tell you something, mister.
Chris Evans: Let me tell you a long, rambling story about how we weren’t given any food in the back of the train at first, which might make you wonder why they let us on board in the first place, but we won’t look at that question too closely.
Chris Evans: Instead, I’ll handwave over that bit and get to the part where we started eating each other, and how I killed Jamie Bell’s mom when he was a little boy because babies taste the best, see, and then John Hurt cut off his own arm and suggested we eat that instead, which is how come leaders in our society don’t have all their limbs, because in order to become a leader you had to cut off your limbs so the rest of us could eat, see, and…
Namgoong Minsu: Wait, what?
Namgoong Minsu: That makes no sense.
Namgoong Minsu: If losing a limb is a badge of honor, why would the people up front punish whassname for throwing a shoe by taking his arm off? Wouldn’t that essentially be creating a leader?
Chris Evans: …
Chris Evans: What?
Namgoong Minsu: Forget the exposition. I talked to an Inuit. She told me how to recognize snow.
Chris Evans: Oh, right.
Namgoong Minsu: I am going to turn these drugs into a bomb and blow open the door to outside so that people can leave the train. That is why I agreed to help you, so that I could get to the front of the train and blow the door off.
Chris Evans: Wait, what? If you have explosives that can blow the door off, why not just blow a window open? Did you see those windows? They’re huge! Wouldn’t that be easier than coming all the way up here just to open a door?
Chris Evans: I mean, you’re willing to risk killing us all because you saw the right kind of snowflake, but you’re not willing to walk through a window, oh no. It has to be a door for you. You’re going to get my entire team killed because you aren’t willing to go out through a window.
Namgoong Minsu: …
Chris Evans: And while we’re on the subject, the guy who built this train can invent perpetual motion, but can’t figure out how to make a door lock? He needed you for that? And you designed a security system that’s so shit, all you have to do is touch wires together to make the doors open?
Chris Evans: Like, you’ve never heard of digital code locks? Secure cryptography?
Chris Evans: And another thing… 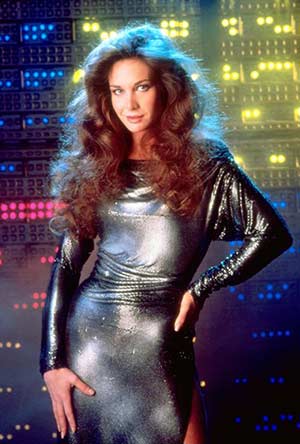 Chris Evans: I’ve really got to stop doing any movies about winter. Or snow. Or snow in winter. Or winter snow.