Once again, I have so many browser windows open that my computer, newly upgraded to Mac OS 10.8, is slowing to a crawl. (And on the subject of that upgrade, I’d just like to say that the latest and greatest Safari seems to handle large numbers of open windows with considerably less grace than the old version did, illustrating once more the age-old principle that human progress and the fall from grace go hand in hand.)

So, in time-honored tradition, I’m dumping a list of links here for you. Enjoy! 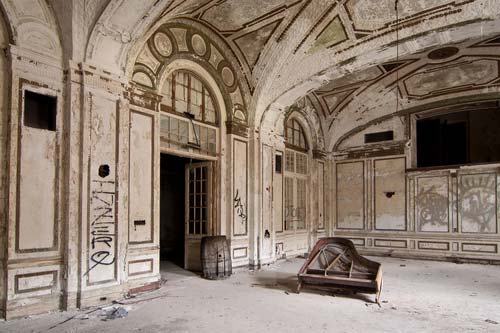 Through a series of analyses, MacManes and researchers from the Lacey Lab examined the differences between these two species on the microscopic and molecular levels. They discovered that the lifestyles of the two mice had a direct impact on the bacterial communities that reside within the female reproductive tract. Furthermore, these differences correlate with enhanced diversifying selection on genes related to immunity against bacterial diseases.

The Guardian has an article that speaks to my interest (and my annoyance with pop understanding of science), Our brains, and how they’re not as simple as we think.

As neuroscience has gained authority over previous ways of explaining human nature, it is not surprising that people will be compelled to use it if they want to try and make persuasive claims about how people are or should be – regardless of its accuracy. Folk neuroscience has become Freud for Freud-phobes, everyday psychology for the sceptical, although in reality, rarely more helpful than either.

Over on io9, there’s a somewhat breathless but still interesting article, Temporary tattoos could make electronic telepathy and telekinesis possible. The actual technology isn’t about “telepathy and telekinesis” so much as it’s about using tiny, microns-thick electrodes to interface human beings to the world, but headline hype aside, it’s cool stuff.

This is a fairly old article, about a year old at this point, but still worth noting. When people talk about the ‘gay agenda’ as if it’s some dark and sinister thing, I think it’s fair to be reminded occasionally that there are still rather a lot of folks who believe that gays and lesbians should be rounded up and executed. There is little about the supposed ‘gay agenda’ that even comes within a light-year of that.

Over on No Place for Sheep is this article, What is objectification, anyway? Objectification is a hot-button topic in any conversation about misogyny, and this essay lays it out rather well.

Similarly, there’s an article on lacigreen that talks about how oppression works. Many folks I’ve talked to about the ideas of privilege and oppression try to paint the ideas as creating a strict hierarchy, with (presumably) strait white men at the top; this essay talks about why that model isn’t realistic.

Speaking of misogyny: A while ago, there was a short-lived Tumblr blog called “Nice Guys of OK Cupid,” which hilighted online dating profiles of men who called themselves ‘nice guys’ and lamented the fact that they were always getting ‘friend zoned,’ while also expressing horrifyingly misogynistic (and in some cases potentially violent) ideas. The Tumblr blog is no more, but there’s an essay over on Jezebel called No One is Entitled to Sex: Why We Should Mock the Nice Guys of OkCupid that’s definitely worth a read.

The plea to replace mockery with understanding is a familiar one; it’s what lies behind the calls to stop using the word “creep,” because men find it shaming. But in the case of Nice Guys of OkCupid, disdain isn’t rooted in meanness as much as it is in self-preservation. While only a small percentage of these guys may be prone to imminent violence, virtually all of them insist, in one way or another, that women owe them. Mockery, in this instance, isn’t so much about being cruel as it is about publicly rejecting the Nice Guys’ sense of entitlement to both sex and sympathy.

John Scalzi can always be counted on to lay things out plainly, and his essay An Incomplete Guide to Not Creeping is no exception.

In a feat of improvisational engineering that’s equal parts awesome and horrifying, a guy has built himself a drone, armed it with a paintball gun, and programmed it to shoot at human-shaped targets.