A while back, I posted a picture of a very early prototype sex toy designed to prevent its wearer from getting off.

The very first proof-of-concept version was basically a bare controller board tethered to a laptop and connected to a vibrating egg. As it wasn’t exactly portable, it wasn’t able to do what I wanted, which is to be worn around while shopping or doing housework or otherwise going about one’s business.

So I started working on getting a more portable, self-contained version set up and running.

The Tormentor version 0.2 beta 2 was assembled in a small plastic box I bought from Radio Shack.

The plastic box needed to be wide enough to accommodate the Arduino board that lives at the heart of the Tormentor. I opted to power the Arduino from a 9-volt battery (which probably wasn’t the greatest choice–more on that in a bit), so it needed to be long enough for both the Arduino and the battery. The only box Radio Shack sells that fit the bill was much deeper than I would have wanted, though that turned out to be a good thing. 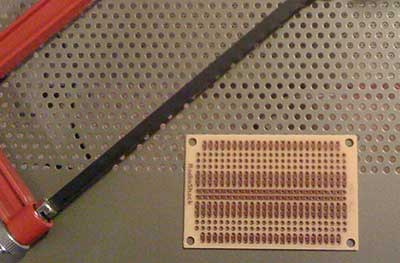 I started out by mounting a 9V battery clip in the bottom of the box, then mounting the Arduino in the box using velcro straps so it could easily be removed. 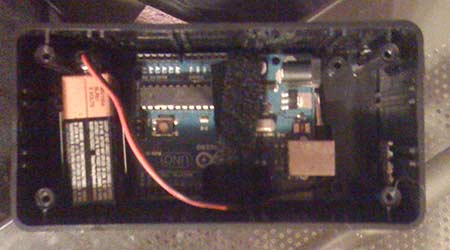 I hacked a hole in the side of the case big enough to, I thought, stick a USB cable in so I could reprogram the Arduino without taking it out. That idea worked rather less well than I had expected it to. 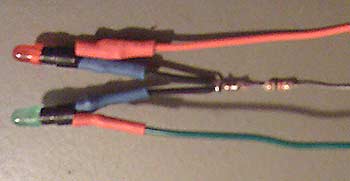 I originally was going to mount the LEDs one beneath the other on the box, but after drilling the holes, realized that it would block access to the USB cable that I thought I might be able to use for on-the-fly reprogramming. So I remounted them side by side on the box.

As it turns out, the USB cable really can’t be used when it’s assembled anyway; I do need to take the Arduino out to reprogram it. So I needn’t have bothered.

You can see here how I intended to mount them, and how I eventually did mount them. The 0.2 prototype has an extra hole where I moved the sexual torment LED.

I wired in the LEDs and power switch and used a hot glue gun to glue the wires along the inside of the case. When I added the 3/32″ phone jack to the top, I did the same thing with it, and also hot-glued in the little circuit board with the interface components. 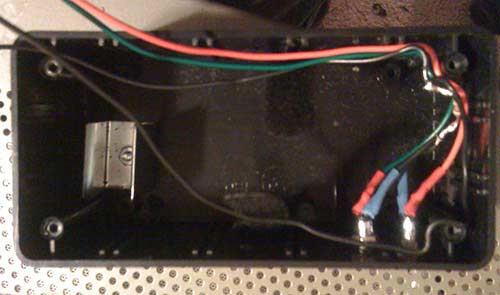 By the time it was all done, the box was pretty packed. It’s awfully bulky, and could easily be made smaller with a bit of redesign. 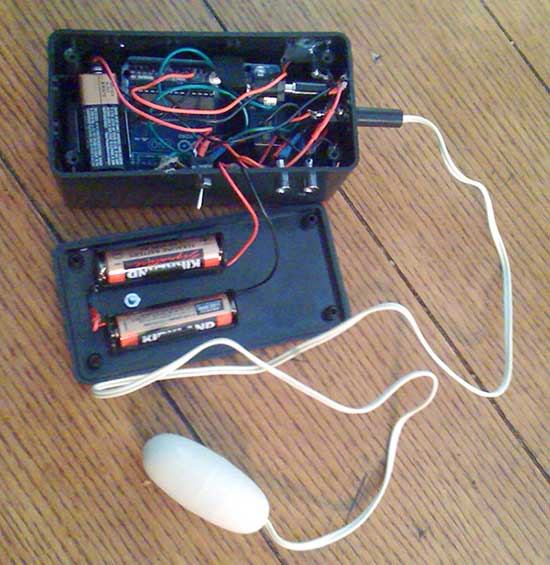 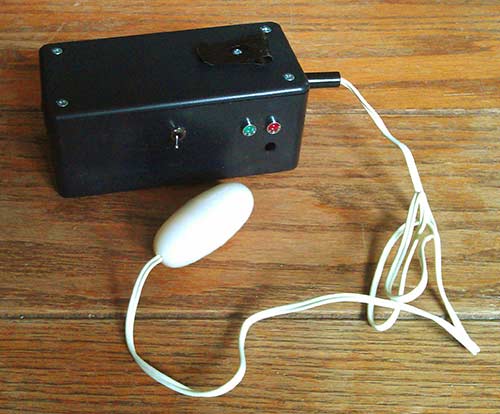 There are some design issues with this version that I plan to address in the future.

First, 9V batteries are BIG! The project could be shrunk down quite a bit by using a 12-volt “N”-sized battery like the kind used in some remote controls. These batteries are very small and can power the Arduino for a long time.

Second, the Arduino I’m using is pretty bulky itself. The next version will probably use either an Arduino Nano or a Teensy USB microcontroller board (an Arduino-like, but very tiny, prototyping board) as its brain. This will get the size of the main component down to less than a quarter of what it is now.

Third, I wasn’t very careful with the interface components; I could probably get them significantly smaller with a bit of work (and more careful hot glueing).

But how did it work?

Ah, now that’s the REAL question, isn’t it? I wired up my first victim volunteer, lapis-lazuli, when she and her hubby accompanied zaiah and I and an assortment of other friends down to the farm to visit some three-week-old kittens.

She wrote up a rather lovely blog entry about her subjective experience with the Tormentor, so rather than repeating it, I’ll just point you over there.

15 thoughts on “The Mathematics of Sex Toys Made Tangible”