The first thing I noticed about her was the fact that she spins poi.

And fire, too, though I didn’t get a chance to witness that. 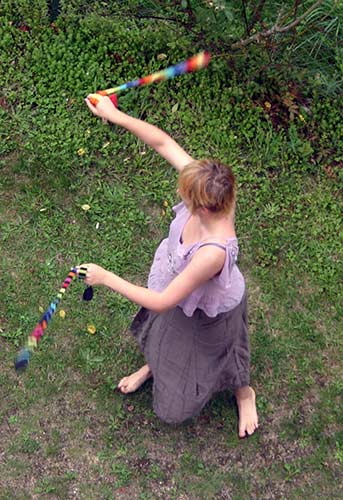 And she struck me as being a deeply, profoundly happy person, which gets me every time.

Her name is L. Well, her name isn’t L, but that’s what I’ll call her here. She arrived at the castle after the rest of us did, and left before we did, which was really a damn shame. 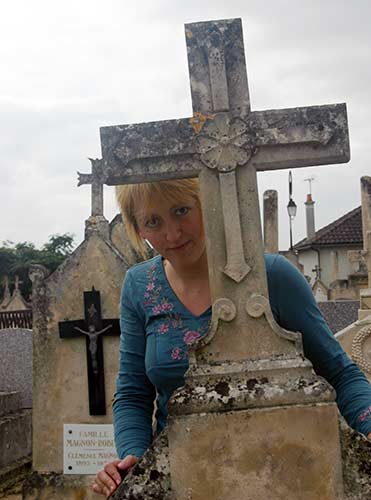 In all seriousness, though, I feel tremendously thankful for the opportunities I had during the trip to France, and privileged to have met the people I did.

And I’m not just talking about the slinky hex. Don’t get me wrong, I’m an enthusiastic fan of slinky hex in all its many forms, and it was a lot of fun, no doubt about it. But a lot of the things that have stuck with me from the trip were less about that then they were about getting the opportunity to look at things from a different perspective. seinneann_ceoil, L, and I spent a good deal of time on several occasions talking about privilege in all its forms, for instance, and applying those ideas to a place where they aren’t often applied, polyamorous relationships. (I have a very long post brewing about polyamory and privilege that I’m working on with seinneann_ceoil and zaiah, which I’ll likely be writing soon; I have just under a thousand words of notes on the subject, and it’s turning out to be fairly difficult to write.)

And did I mention joy? 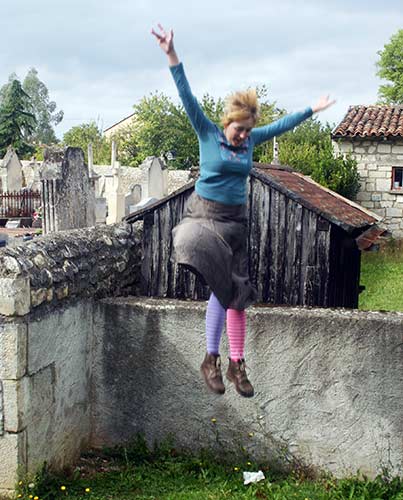 There’s something about happiness that really does it for me. She is a very happy person, at least in my experience of her, and that’s incredibly shiny. I really, really dig happiness. Combine it with smart and introspective and confident and expressive, and…yeah. It’s…yeah. I mean, seriously, do you see those socks? Those are very happy socks. 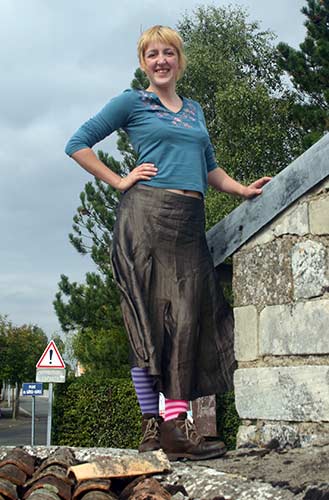 One of the nice things about joy is that it’s a bit like ebola: extremely infectious and hard to defend against. I am very happy that she made the trip just a bit more joyful.

10 thoughts on “Adventures in Europe, Interlude: The Girl Who Spins Fire”