It’s predictable. That’s the most infuriating thing about it: it’s so goddamn dreadfully predictable.

If it were a surprise, we could at least say that it was surprising because we didn’t expect it. If we didn’t expect it, that means we were expecting something else. But god damn if it isn’t dreary in its monotonous predictability.

Ironically, given all the lip service it pays to consent.

None of this is news, at least to anyone paying attention. We live in a society where access to other people’s bodies, particularly women’s bodies, is considered as much a right as free speech and the right to bear arms. I mean, hell, access to other people’s bodies is a goddamn advertising campaign, as this photo I took of a sign in a storefront in California quite plainly illustrates. 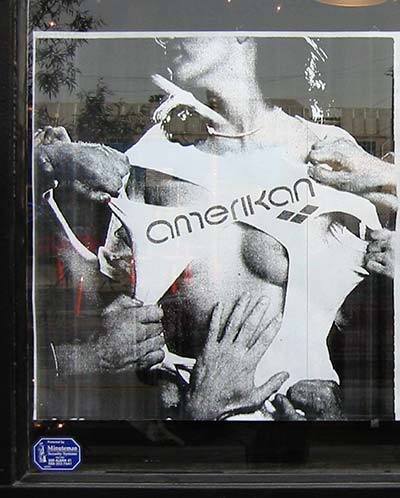 You know she was asking for it.

And here’s the thing: It’s not just about sex.

Access to, and entitlement to, other people is so pervasive, so intimately woven into the fabric of Western society, that it’s the backdrop against which our lives are played out.

I wrote recently about a storm brewing in the Italian poly scene over the Italian language version of More Than Two. It’s something Eve has also written about.

And before I go any further, I want to say that no, I’m not claiming what’s happening with the book is in any way comparable to rape. If that’s the idea you come away from this essay with, you’re not paying attention.

Instead, what I want to say is that the casual entitlement to other people, the offhand attitude that suggests that person A has, by right, an expectation to access to person B, and should B object to this access, A can be expected not only to trot out the same old tired objections we’ve heard a hundred times, but A’s friends F, U, C, and K can be expected to do the same, is the common thread that unites many different forms of consent violation.

That’s the thing. That’s the maddening, infuriating, and painfully mundane thing about this. People who feel an entitlement to access to other people can be counted on to justify that entitlement in the same exact ways, and it doesn’t matter if we’re talking about physical assault, emotional labor, control over another person’s choices, or any other kind of forced intimacy. The same tools–victim-blaming, gaslighting, feigned “neutrality,” cries of “oh, but I’ve never had a problem with him!”–get use against any kind of non-consensual access to other people, sexual or not.

And it’s so predictable we barely even notice. Might I point out how fucked up that is?

Eve recently shared her blog post in a 2,500-member Italian polyamory Facebook group, one of two major groups in Italy. By then there was already a roiling, seething mass of innuendo, speculation, storytelling, and weird narrative growing around the problems with the Italian version of More Than Two, which is what typically happens in the absence of information; we are a storytelling species, and we make up stories to explain the world, without even knowing we’re doing it.

So she posted. And the result was…well, it was indistinguishable from what happened five and a half years ago, around a different issue in a different community halfway around the world.

We don’t like it when people we admire do something wrong, and we are, as a species, quite predictable in the ways we will hold on to the idea that folks we personally like are Pure And Noble, and folks who tell us inconveniently unpleasant things about them are Bad And Wrong.

Fuck me if it’s not as monotonous as clockwork. 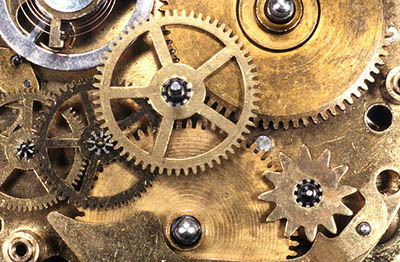 On each rotation of the center gear, someone says “But she’s overreacting!”

So let’s cut to the chase.

If someone writes a book and you like it, that’s cool.

If someone writes a book and you want to see it published where you live, that’s cool.

If someone writes a book and you work with the publisher to attach a foreword to the book that you wrote without talking to the authors about first, and then you fight back when they want it removed, that’s not, and never will be, cool. That’s the sort of pervasive attitude of entitlement to other people I’m talking about.

If someone writes a book and you go to the publisher misrepresenting yourself as speaking on behalf of the authors, that’s not only not cool, it’s creepy.

If someone writes a book, and you do these things, and the authors complain, and then you begin a campaign of throwing anyone who you think publicly or privately supports the authors out of groups and events and leadership roles, that’s…that’s…

Sadly, that’s as predictable as the rotation of a gear.

Because that’s how entitlement works. That’s what entitlement is. It’s the belief that that access to another person, be it physical or emotional or psychological or whatever, belongs to you, it’s yours by right, and anyone who tries to take it away is depriving you of what’s rightfully yours.

And the victim blaming, closing ranks behind the consent violator, “oh it was all in her head” stuff? That’s also part of how entitlement works, because entitlement isn’t just some random guy who thinks he has the right to have access to you, entitlement is a system. It’s a pattern of beliefs. It’s the water in which we swim.

It’s the advertising message we see hanging in a store window while we’re walking down the street.

This idea, that entitlement is not just a personal failure of boundaries but a toxic environment in which we live, is central to the whole idea of consent culture. And it distresses me when people who represent themselves as part of a community built on a culture of consent behave this way.

I see the poly community headed the same way, and it’s heartbreaking. This is not okay. Let’s do better.