In the poly community, there are many folks who hold on very tightly to the notion of a prescriptive hierarchy, in which one relationship is designated as being The Primary One, to which all other relationships must be subordinate.

I think there are a lot of reasons that people might want to do this–insecurity, fear of losing a partner’s time or attention, a sense of entitlement, even a good old-fashioned idea that a person can “really” only love one other person, so if someone falls in love with a new partner, that must mean the old relationship suffers.

And, I’ve made no bones about the fact that I am highly skeptical and deeply suspicious of such arrangements, I don’t think they tend to work in the real world, and I think they’re often unnecessarily and pointlessly cruel to third parties entering such an arrangement.

But today I’d like to take a slightly different tack, and talk about the game changer. 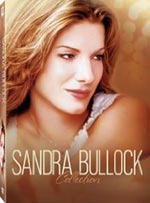 Game changing relationships cause people to pull up stakes and move to the other side of the country. They make people do things they never thought they’d do: die-hard opponents of marriage might find themselves in wedlock, otherwise reasonable men could end up watching chick movies starring Sandra Bullock. They are unpredictable and chaotic, and when they happen things change.

Any relationship brings the possibility of a game changing event. Even small things can become game changers; my sweetie zaiah says, rightly, that if Shelly or joreth were to move to Portland, that would almost certainly become a game changer for me.

And game changers are scary.

A game-changing relationship is a very uncomfortable thing, if you are happy with the way things are now and you like your life the way it is. The prospect that your partner might meet someone and start a relationship that changes all that can seem upsetting at best, and downright destructive at worst…and just to make matters even more uncomfortable, it can change things for you in ways you can neither predict nor control and you might not even benefit from. Something that changes your partner’s life in wonderful and amazing ways might change your life in ways that are rather less wonderful and amazing.

Every relationship your partner starts could create change that is wonderful for him but disruptive for you; you might end up dealing with all of the fallout but none of the reward. That’s a very real possibility, and it’s reasonable to be concerned about it.

So it might feel very compelling to seek reassurances that things won’t change when your partner starts new relationships, or at least won’t change in ways that you don’t like. It can feel very reassuring to extract a pledge from your partner that you will always have some measure of control, by being able to tell him to end any new relationship that he starts or by being told that you will always come before anyone else.

The psychological security that these agreements give is powerful, no doubt about it. But is it real? I believe that it is not; it’s an illusion, and not even a very good one.

They can happen even in monogamous relationships. Few people get married with an idea “You know, I think it’d be really cool to cheat on my partner and be unfaithful in this relationship. As soon as we get back from our honeymoon, I think I’ll start hitting up the bars.”

They can happen in ways that have nothing to do with romantic relationships. A promotion at work, a pregnancy, a car accident, someone getting fired, a death in the family–all these things can be game-changers that permanently and irrevocably alter lives in ways that can’t be predicted. (I’ve read that financial stress is the single most common reason for divorce, even more common than infidelity, and I can believe it. Nobody wants to say “Hey, I’ll marry you as long as we don’t have problems with money,” but financial problems are far more potent game-changers than most folks realize.)

We don’t usually hear about people saying “I want veto power over any job you take or promotion you get.” People talk about things like career changes or job relocations with their partners, and if they’re reasonable they listen to their partners’ feedback, but it’s a bit rare to hear someone say “I have the right to veto any job my partner has unilaterally and without discussion,” and we might scratch our heads a bit if someone insisted on that kind of veto power.

We all implicitly understand, at least on some level, that life is full of change, and sometimes that change isn’t what we asked for. We all understand that no promises of “forever” can really stand up to the #39 bus with bad brakes that careens through the front of the house and puts someone in a coma. These are the risks we take when we open our hearts to someone else; anyone who can’t take the risk shouldn’t play the game. Relationships aren’t for cowards or sissies.

Yet when it comes to other relationships, the emotional calculous changes. Whether it’s insecurities that whisper about how everyone in the world is prettier, smarter, and more deserving than we are, or the social fable that says romantic love connects us to only one other person at a time, or the idea that every new connection our partner makes is something that takes away our specialness (as though specialness were a currency sitting in a bank account somewhere, available in limited quantities with substantial penalties for early withdrawal), relationships seem uniquely able to push our buttons and create a fear of loss.

So we try to insulate ourselves from that fear by creating the illusion that no matter what happens, we will be in control. This idea of control is powerfully seductive. It’s one of the reasons that people are often more afraid of flying than of driving, even though driving is far more dangerous; we feel more in control in a car, even though if someone runs a red light and broadsides us, our real control over that situation is pretty much nonexistent.

“Yes, you will always be #1” is true until it isn’t, and there is no rule that can change that. If someone comes along who your partner genuinely does love more than he loves you, whatever that means…well, his priorities are unlikely to remain with abiding by the agreements he’s made with you.Game-changing relationships change things; that’s what they do. They change priorities, and that means they change rules. Expecting an agreement to protect you from a game changer is about like expecting a river to obey a law against flooding.

I can understand the desire not to lose what you have because your partner meets someone new; that’s rational and reasonable. What is neither rational nor reasonable, though, is attempting to build structures such that your partner can have other relationships but they will change nothing for you. In fact, it has been my experience that the more rigidly you try to box up relationships to prevent them from changing anything, the more likely things are to break.

There is a different approach, but it requires courage. At the very least, it requires the courage to tell yourself “My relationships can change, and that is OK; my partner and I can still build things that will make us both happy even if they don’t look exactly the way they do now.”

That’s the starting point. From that point, the next step is to say “Even if things change, I have worth; my partner will seek wherever possible to make choices that honor and cherish our connection, whatever changes may come, because I add value to his life. My goal is to build a connection with my partner that is resilient enough to last through change, flexible enough to accommodate change, and supportive enough to create a foundation that welcomes change, without fear or doubt. Change is the one essential feature of life; what I have now I will cherish, and what we build tomorrow I will also cherish, and I will do so without fear.”

Like I said, it takes courage. Letting go of the idea that the way things are now is the way they should always be is gutsy.

But then, life rewards courage. The game-changer that turns everything upside down might just leave you in a better place than you are now; you might find that rearranging the furniture makes the room even more appealing to you. The illusion of control that rules give you is false; the real control you have is the control you exercise as a partner, not a dictator. It comes from working together to express the things you need even while change is happening all around you, not by trying to prevent change at all.